New drilling technology a game changer in the Bakken play 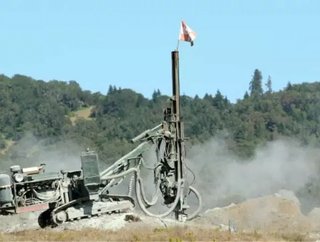 [email protected] The April issue of Energy Digital magazine is live About 10 years ago it started to percolate, in 2006 hydraulic fracturing became...

About 10 years ago it started to percolate, in 2006 hydraulic fracturing became a force there, and by 2013 the Bakken formation had Americans rediscovering North Dakota. “Oh. It’s up there?”

The formation occupies 200,000 square miles of the subsurface of the Williston Basin, and although most of new Bakken drilling and production has been in North Dakota, the play also extends into Montana, Saskatchewan, and Manitoba in Canada.

The Bakken now produces more than 10 percent of all oil production in the United States. In November 2013, the U.S. Energy Information Administration projected that Bakken production in North Dakota and Montana would exceed one million barrels per day in early 2014.

According to the EIA, about 25.3 billion barrels of tight (shale) oil are produced cumulatively from 2012 through 2040. The Bakken-Three Forks formations contribute 32 percent of this production, while the Eagle Ford and Permian Basin formations respectively account for 24 and 22 percent of the cumulative tight oil production.

The remaining 22 percent of cumulative shale oil production comes from other formations, including but not limited to the Austin Chalk, Niobrara, Monterey, and Woodford formations, the EIA reports.

With that much potential oil available through hydraulic fracturing, energy companies are drillings wells at a rapid rate in the Bakken and other shale oil areas. But the horizontal drilling that is required to blast water into the shale and collect the oil and gas can fail in the mud created by the process.

Hess Corp. identified one form of drilling dysfunction that can lead to “microstalling” induced by an improperly configured auto driller, which can cause 2-15 percent reduced drilling efficiency per stand, motor failure (chunking), and other BHA failures adding up to approximately $150,000 per incident.

The system, developed by Verdande Technology, uses predictive analytics such as case-based reasoning (CBR) to identify key indicators of potential mud motor failure and to take action before drilling operations are impacted or costly tool damage occurs. Operators will benefit from the hindsight, insight, and foresight needed to increase drilling efficiency and deliver wells consistently within prescribed times while minimizing downhole risks.

“This solution became a focus for us after we began looking for new ways to benefit factory drilling operations beyond our existing non-productive time solutions,” said Philip Wade, COO, Verdande Technology.

“When looking at prevailing NPT in factory drilling operations to successfully automate and optimize that type of drilling, we found that the continuous efficiency created required that drilling optimization solutions in our software be developed to assist in cost control and performance improvement,” he said.

Game changer for the Bakken

The Bakken shale play in east Montana, Marcellus, Eagleford, and Haynesville are some of the largest shale plays in the United States. After working closely with Hess Corp. in the Bakken factory drilling assets to implement the DrillEdge mud motor failure solution, Hess can now consistently and automatically deliver best practices that will aid wellsite personnel to mitigate drilling dysfunction that can lead to “microstalling” induced by an improperly configured auto driller.

The use of DrillEdge technology in the Bakken also allows automated monitoring and best practice delivery of other issues related to hole cleaning, mechanical stuck pipe, hole ballooning and mud losses, twists-off, drillstring washout, differential sticking, and motor damage. It allows firms to make better, smarter, and faster business decisions in real time with the most appropriate information.

How was this technology developed?