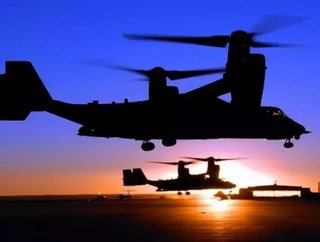 The decades-old jet fuel spill from Kirtland Air Force Base in Albuquerque, New Mexico could be as large as 24 million gallons, or three times that of...

The decades-old jet fuel spill from Kirtland Air Force Base in Albuquerque, New Mexico could be as large as 24 million gallons, or three times that of previous estimates, according to New Mexico environment officials Tuesday.

State geologist William Moats, who originally calculated the spill at around 8 million gallons, recently estimated the higher numbers based on new data from Air Force monitoring wells. However, the calculations have not yet been reviewed and the actual size of the spill can not be verified until it has been remediated.

Despite the size of the spill, however, Jim Davis, head of the New Mexico Environment Department's resource protection devision believes that it can be cleaned up no matter how large and poses no threat to people living in the area.

"The bottom line is this ... we take it very seriously," Davis told the Huffington Post. "We are pushing the Air Force and we are going to stay on top of it until it is fixed."

Officials now believe that the 40-year leak came from underground pipes at the Kirtland aircraft fuel loading facility, which wasn't discovered until 1999. In 2007, the Air Force found that the fuel had reached the water table and was moving off the base, beneath neighborhoods of Albuquerque and toward's the city's water wells. The Air Force has been monitoring the wells ever since, trying to figure out how far the fuel had actually spread.

Davis believes no contamination will reach the city's water supplies for at least five years. Thus far, the Air Force has already removed about 400,000 gallons and hopes to continue to aggressively clean up the problem through summer.