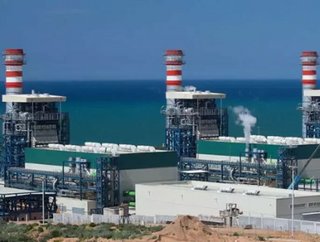 [email protected] Make sure to check out the latest issue of Energy Digital magazine Construction and operation of a 300 megawatt Baja California II...

Construction and operation of a 300 megawatt Baja California III combined-cycle power plant in Mexico has been awarded to Iberdrola USA parent company, Iberdrola S.A. Work on the $270 million plant and associated facilities will begin in April 2014 with commercial operation planned for August 2016.

With this contract, Iberdrola, which already has an operating capacity of more than 5,200 MW in Mexico, consolidates its position as the country's largest private electricity producer and the second largest producer in Mexico, after the state-owned CFE.

ILearn more about the energy industry in Mexico:

berdrola has been a leading energy producer in Mexico since 1998, and considers it, along with Brazil, as strategic locations for Latin American business growth. Between 2012-2014 Iberdrola plans to invest approximately €2.4 billion in the region - about one-quarter of the company's worldwide investments of €10.5 billion.

With 31,000 employees, 45,000 megawatts of installed capacity and more than$40 billion in market capitalization, Iberdrola is one of the world's largest electricity companies and a global leader in renewable energy. It serves a population of 100 million, with a special focus on Spain, the UK, the U.S., Brazil, and Mexico.