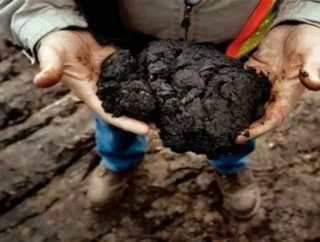 Oil shale reserves in the United States are estimated at a whopping 1.5 trillion barrels, but the economic and environmental cost to access these rese...

Oil shale reserves in the United States are estimated at a whopping 1.5 trillion barrels, but the economic and environmental cost to access these reserves can be extremely high.

That is all set to change.

Delphi is a world leader in the development, commercialization and manufacture of solid oxide fuel cell (SOFC) technology, which is a key component in Independent Energy’s geothermic fuel cell system. “Delphi is excited to work with Independent Energy Partners to develop this unique application of SOFC. This opportunity demonstrates the capability and wide range of applications for the Delphi solid oxide fuel cell technology,” said Mary Gustanski, Vice President Engineering, Operations and Customer Satisfaction for Delphi Powertrain Systems.

The geothermic fuel cell system developed by Independent Energy works to improve the economics and reduce environmental impacts of the Shell Oil model developed to heat oil shale in situ. The GFC system production process, once up and running, produces natural gases that will be captured and reused as fuel. This creates a clean, self-fueling, closed-loop energy system that both heats the ground to produce oil and gas and generates green, base-load power as a by-product. Approximately 80% of the electrical energy produced is surplus and will be sold to nearby industrial or utility consumers.

The Colorado Fuel Cell Center at the Colorado School of Mines will be instrumental in the go-to-market process with primary responsibility for lab and pre-field testing of the prototypes. The unique in-situ application for heating subterranean formations for recovery of hydrocarbons was initially designed by the US Department of Energy’s Pacific Northwest National Labs from IEP’s patents. The GFC system is viewed by many as a game changer for producing domestic energy resources in an environmentally sensitive manner. It brings the added advantages of providing many new jobs in manufacturing and oil field services by deploying this advanced technology for oil, gas and power production.

“The school and Center have a focus on advancing the technology for oil shale specifically,” commented Al Forbes, Chief Executive Officer of Independent Energy Partners. “We are fortunate to have the natural resources, the lab testing expertise and facilities of Colorado School of Mines along with Delphi’s technological maturity of solid oxide fuel cells. Both partners are incredibly important as we enter the final stages toward commercialization of our Geothermic Fuel Cell system for recovery of unconventional hydrocarbons.”

Independent Energy Partners own the rights to several mineral resources in Colorado’s Piceance Creek Basin where field-testing and initial commercialization are planned. The first prototype is anticipated to be delivered by Delphi to Colorado School of Mines in December of this year. Initial prototype tests will begin in early 2013 with field testing to commence by 2014.