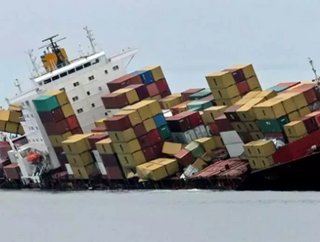 Salvage crews believe they have finally retrieved almost all of the oil from the container ship spill in New Zealand last month, the country&#39;s wors...

Salvage crews believe they have finally retrieved almost all of the oil from the container ship spill in New Zealand last month, the country's worst maritime pollution disaster. After a Liberian-flagged ship carrying 1,700 tons of oil crashed into a reef on October 5, over 350 tons of oil spilled in the North Island's Bay of Plenty, devastating tourism and killing about 1,300 birds.

“While getting the bulk of the oil off the Rena is a significant milestone, our job isn't done yet,” according to Maritime New Zealand (MNZ) on-site commander Mick Courtnell. Authorities expect to clear the remnants of the oil and unload about 1,280 containers from the vessel this week with local beaches soon to reopen.

With about 60 tons of oil remaining in one of the tanks, there is still a possibility more oil will show up on the beaches, but not to the extent most were worried about.

"Our oil spill response team has been doing painstaking work over the past few weeks, cleaning and re-cleaning, all the while being prepared for another big spill at any moment," Courtnell told the NZ Herald.

Today, over 70 people are working in the wildlife center, handling over 400 live birds affected by the spill. Over 900 tons of oil waste has been collected under a shoreline clean-up team of 300 people.