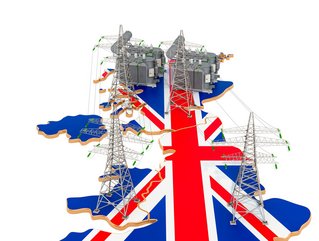 The energy price cap increases swing into effect in the UK today, hiking customer bills by more than £700 per year, a figure which could be eclipsed in October.

The increase is driven by a record rise in global gas prices over the last six months, with wholesale prices quadrupling in the last year.

Pilgrim Beart, DevicePilot CEO, said we are seeing the dire consequences of the UK’s outdated energy strategy play out in real time, and there is an urgent need to chart a different future.

"It will be a grave situation in the short-term, but also the catalyst for more people to invest in smart energy products like heat pumps and electric vehicles," he said.

"The next six months feel momentous for the future of UK’s net zero efforts. The scale of the human harm done by rising household energy costs cannot be overstated, but this period also represents the best chance the UK has ever had to switch away from fossil fuels forever."

Early this morning supporters of the Just Stop Oil coalition blocked ten oil terminals near London, Birmingham and Southampton to demand that the UK government stops new oil and gas projects in the UK.

The UK Government is due to publish it energy security strategy shortly. It must reconcile renewables investment pledges with the need for oil and gas supplies during the transition, which have been heightened by market volatility following Russia's war in Ukraine.

Solving the practicalities is another hurdle, given around 85% of homes in Britain are heated with a gas boiler, and 40% of UK electricity comes from gas.

Beart believes technology holds the key and smart energy vendors now have a business case that is "twice as good as before", but the only fear is that they won’t have the ability to scale at the speed, or to the size needed in the year ahead.

“Utilities are renowned for being slow and cumbersome, but thankfully it’s the tech innovators in the renewables and smart energy sectors who will be responsible for the transition away from coal and gas," he said.

"These tech companies specialising in areas like electric vehicles, smart meters or other smart energy products like heat pumps will find scaling extremely hard. It’s a very different proposition to service a few thousand customers versus reaching hundreds of thousands or even millions of people. Vendors will need to get over the hump sooner rather than later.

"They will need to automate as much of the new operational workload as possible, including device updates, as well as software and hardware fixes. Once the smart energy sector cracks the scale issue, the renewables sector will boom and the UK’s net zero efforts will be right on track."

Anita Dougall, CEO and co-founder of Sagacity, said even with the £200 energy loan and £150 council tax rebate, some consumers may feel they do not have enough information to plan their spending.

"The jargon around ‘cost of living’, ‘price caps’ and ‘inflation’ can be confusing, with many people struggling to translate these terms into pounds in their pocket. This is a stressful situation for anyone, particularly those living on tight budgets who are already struggling to make ends meet," she said.

“While this is not an easy time for energy suppliers either – who are facing supply chain issues, and potentially a mass influx of inherited customers – it is clear more needs to be done to proactively support customers and inform them of any help they may be entitled to, so they can better plan their energy spending.

"This includes identifying potentially vulnerable customers, proactively telling people if there are subsidies – such as Single Person tariffs – that they might be eligible for, or providing customers with personalised advice on how they could alter their consumption to save money."

She emphasised that none of this is possible without data, something that energy companies have historically struggled with due to their large and complex customer bases. Analytics will be key, stitching together datasets to help energy companies plug gaps in their customer record.

"Having a complete and accurate view of customers is crucial to uncovering those who might need financial assistance or who are on the wrong tariffs and potentially over-paying," she said.

"Taking the time to correct records will not only assist customers, it will also benefit suppliers by giving them the information they need to bill correctly, and plan for the future.”