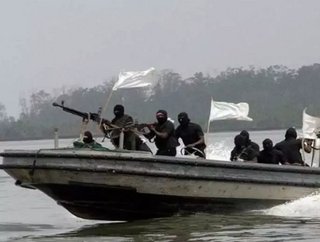 A Nigerian militant group claims responsibility for attacking and killing four police at a checkpoint Thursday, following an attack on an oil pipeline...

"The Movement for the Emancipation of the Niger Delta (MEND) confirms that the attack on a Nigerian marine police checkpoint on Thursday March 1, 2012, in Bayelsa state in the Niger Delta ... was carried out by our fighters," the statement from Jomo Gbomo, a spokesman for one of MEND's factions, said.

In 2009, MEND agreed to amnesty with the government, ending a series of attacks that at one stage cut oil production in half. However, last month's attack on a pipeline owned by Italy's Eni reaffirmed the group's resurfacing.

"MEND wishes to sound a warning to masters of oil industry vessels considering adopting manoeuvers aimed at preventing our fighters from boarding their vessels," the statement said. "We will launch rockets at ... uncooperative vessels, and ensure such vessels are set alight, when we eventually board."

Some suspect a political dimension is the cause of MEND's apparent revival, inflamed by politicians who use violence to settle scores. Meanwhile, piracy and kidnappings are on the rise in Nigerian and neighboring waters.