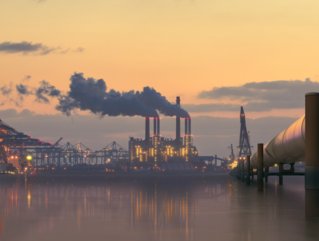 Nord Stream 2, the proposed mega pipeline connecting Russia with the rest of Europe, has been hit with opposition from Eastern Euro...

Nord Stream 2, the proposed mega pipeline connecting Russia with the rest of Europe, has been hit with opposition from Eastern European and Baltic states.

Lithuania and Ukraine have issued joint statement opposing the construction of the 1,200km pipeline, citing concerns that it would lead to an overreliance on Russia for the transit of natural gas.

Nord Stream 2 is a twin pipeline system that would effectively mirror the route and double the capacity created by Nord Stream, which opened in 2011 and 2012. That would mean another 55bn cubic metres of gas could be transported through the route every year.

Russia’s state-owned enterprise Gazprom is behind the project, and says it will comply with all EU energy, antitrust and environmental legislation. Calls have thus been made by the likes of Ukraine and Lithuania, with the support of German Chancellor Angela Merkel, to review such European-level law.

As far as the construction is concerned, here are some key statistics detailing the scale of the proposed project:

Western firms have also backed the project, including Uniper, Wintershall, Shell, OMV and Engie. It is thought that these companies, along with Gazprom, have already invested $5bn in project planning and consultation.