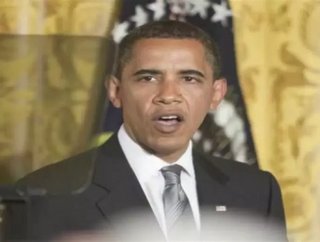 Contradictory to President Obama&#39;s rejection of the Keystone XL pipeline earlier this year, the President is now directing federal agencies to fas...

Contradictory to President Obama's rejection of the Keystone XL pipeline earlier this year, the President is now directing federal agencies to fast-track the southern segment of the oil pipeline from Oklahoma to Texas.

As rising oil production has outpaced pipelines' capacity to reach refineries, the 485-mile line set to go from Cushing, Okla., to refineries in Texas will alleviate the holdup in the country's oil transportation system. The executive order also applies to other pipelines to make faster decisions on other infrastructure projects.

A central focus in heated political debates over energy policy in the 2012 election, the Keystone XL pipeline is fiercely opposed by environmentalists who fear the line threatens critical water supplies across the country. Republicans tout the benefits of building the longer 1,700-mile pipeline, which they claim will provide countless jobs and help reduce oil prices.

Without enough time to thoroughly review various reports before making a decision, Obama delayed the construction of the pipeline in January after Republicans wrote a provision forcing him to make a decision.

TransCanada hopes to complete the $2.3 billion section of the project in the next year, but will still require a number of grant permits before it gets started. Those agencies will likely include Fish and Wildlife, the Environmental Protection Agency and the Army Corps of Engineers in addition to Oklahoma and Texas.