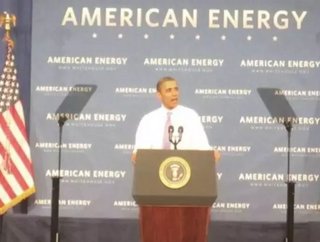 Obama will be discussing these policies during a visit to a truck plant in North Carolina Wednesday morning. Daimler is a British auto manufacturer and the stop marks Obama’s first visit to a foreign automaker during his presidency.

The energy agenda has already been a highlight at campaign stops in Florida and New Hampshire in the past two weeks.

The Politics of Gas Prices

Outlined incentives support the development of more fuel-efficient cars, as well as make next-generation vehicles easier to obtain and operate by the general public. In order to support the creation of more charging stations for electric vehicles, Obama has proposed a $1 billion incentive to local communities along with a possible increase in tax incentives for fuel efficient vehicles, a plan that has seen resistance from skeptical Republicans.

These policies promote a long-term solution, Obama says, pointing to his goal to have 1 million plug-in vehicles on the road by 2015. The Obama administration is hopeful his agenda will have renewed support as gas prices have steadily increased since February 8, pausing Tuesday to drop less than one cent, bringing the national average for a gallon of regular unleaded gas to $3.76.