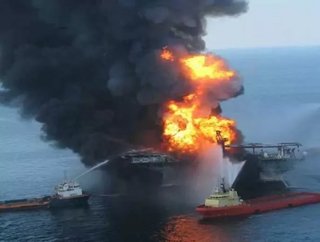 The Obama administration has issued a final rule on offshore drilling safety that will cost the industry $130.7 million a year for additional inspecti...

The Obama administration has issued a final rule on offshore drilling safety that will cost the industry $130.7 million a year for additional inspections, testing and equipment designed to prevent another blowout like BP's 2010 Gulf of Mexico disaster.

As companies expand to drill sites at ever deeper levels in the gulf and move into the Arctic, environmentalists say the rules are not tough enough. Washington-based environmental group Oceana criticized the rule for failing to improve the interim one, which displace “lax inspections and laughably low fines,” according to Jacqueline Savits, the group's senior campaign director.

The new rule “is stronger than the interim rule but not strong enough,” David Pettit, senior attorney at the New York- based Natural Resources Defense Council, said in an e-mail to Bloomberg. “It should require real-world testing of the response time for containment of a wild well.”

It requires a professional engineer to verify the safety of the well's casing and cementing, used to prevent uncontrolled leaks, which must then be certified by an independent third party.

Since BP's oil spill in the gulf, drillers have also added safety equipment and created systems to collect oil spilled under water. In light of the new rule, Shell has delayed drilling in the Beaufort and Chukchi seas off the coast of Alaska to review the requirements.