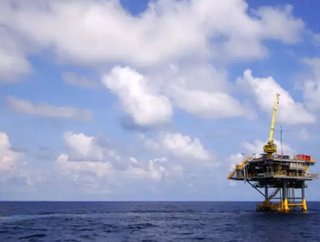 With Brazils first exclusive pre-salt bidding round underway this month for a single block containing the Libra field, and massive potential identified...

With Brazil’s first exclusive pre-salt bidding round underway this month for a single block containing the Libra field, and massive potential identified within the country’s offshore pre-salt layer, bidding between several consortia is expected to push the state’s take significantly higher than that which would result from a Concession Contract, says research and consulting firm GlobalData.

According to the company’s latest report*, Brazilian authorities consider the exploratory risk in pre-salt areas to be relatively low, and legislation was passed to govern upstream oil and gas activities within an area designated as the ‘pre-salt polygon’ using Production Sharing Contracts (PSCs), instead of the traditional Concession Contract regime.

This form of contract ensures a higher government take from production projects and is being offered in the first bidding round for Libra, which is estimated to hold reserves of between eight and 10 bbl (billion barrels). State take from this and other fields within the area is now expected to be near 75 percent, which would represent a base state profit oil share of around 50 percent.

As well as the government receiving a share of production, higher royalties equal to the value of 15 percent of gross oil and tax production are payable, compared to a maximum of 10 percent under Concession Contracts. Meanwhile, a signature bonus for Libra, set at BRL15 ($6.3 billion), is also payable, but the Special Participation tax is not applicable.

“While the effective production-sharing terms for the Libra block will not be known until the conclusion of the first pre-salt bidding round, the nature and caliber of companies taking part suggests to us that the competition will occur between three or four bidding consortia, despite the conspicuous absence of U.S. oil giants,” says Adrian Lara, GlobalData’s lead analyst covering Upstream Oil & Gas.

“However, beyond the initial pre-salt licensing rounds and into the medium-term, we are expecting further pre-salt licensing to progress at a relatively slow pace, with blocks only being offered once discoveries or prospects have been identified by Petrobras,” Lara says. “By clearly identifying potential before offering acreage, the risk for prospective investors will be lowered and the state will be able to secure a higher stake.”

In addition to the pre-salt bidding round taking place this month, November will also see the start of Brazil’s 12th Concession round, which will offer blocks in frontier and mature onshore basins. While some of these are estimated to hold significant shale gas potential, no major amendments have been made to the fiscal terms governing this round.