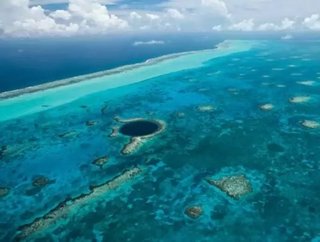 Yesterday, Belize&#39;s Supreme Court declared offshore drilling contracts issued by the Government of Belize (in 2004 and 2007) null and void, provid...

The ruling, handed down by Justice Oswell Legall, was in response to a case brought by Oceana, COLA, and the Belize Coalition to Save Our Natural Heritage. It effectively ends the Belizean government's immediate effort to allow offshore oil drilling in the Meso American Reef, the second largest barrier reef in the world.

The court overturned the contracts after determining that the government failed to assess the environmental impact on Belize's ocean, as required by law, prior to issuing the contracts. The court also found that contracts were made to companies that did not demonstrate a proven ability to contribute the necessary funds, assets, machinery, equipment, tools and technical expertise to drill safely.

Oceana has campaigned against offshore drilling in Belize for more than two years. In 2011, after collecting the 20,000+ signatures required to trigger a national referendum that would allow the public to vote on whether or not to allow offshore oil drilling in Belize's reef, the Government disqualified over 8,000 of these signatures effectively on the basis of poor penmanship, stopping the possibility of a vote. Oceana answered by quickly organizing the nation's first ever "People's Referendum" on February 29, 2012 in which 29, 235 people (Belize's entire population is approximately 350,000) came from all over the country to cast their votes. In this historic vote, 96% voted against offshore exploration and drilling. The government subsequently almost lost its majority in the national election that followed these votes. Oceana is fighting for a complete ban on offshore drilling in Belize and believes the Government of Belize should allow the people to express their opinion in an official referendum.

"This is a great day for the people and country of Belize and its democratic process and it shows that we, as ordinary citizens, need not sit back and only complain about all the wrong decisions our Government makes, but that we can use the Judiciary system to settle them," said Audrey Matura-Shepherd Vice President of Oceana in Belize.

Oceana has long voiced its concern about the potentially devastating impact of an oil spill on Belize's reef and its economy, which depends heavily on tourism and the barrier reef. The companies were granted the oil concessions essentially in secret. Princess Petroleum, whose contract was just overturned, began as a hotel and casino company before it was granted concession to explore for oil. The company was granted exploration rights by the Government of Belize over the Blue Hole, a UNESCO World Heritage Site and popular travel destination made famous by legendary ocean explorer Jacques Cousteau.

Bill Lahey, a senior partner at the law firm of Anderson & Kreiger that helped represent Oceana in this case said, "Anderson & Kreiger is honored to have helped Oceana win this major victory which protects one of world's most precious barrier reefs and tourism in Belize."