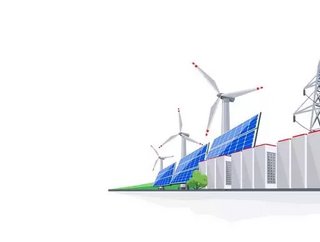 Ofgem has recommended creating an independent body to help lead the UK towards net zero emission targets at the lowest cost to consumers.

The body, fully separate from National Grid, would run the electricity system, helping to charge millions of electric vehicles and enabling a huge increase in renewable power while maintaining secure energy supplies.

Last month, the government committed to consult on reviewing the management of the energy system. It acknowledged that any additional responsibilities may require greater independence from National Grid, which has managed the energy system since privatisation.

Ofgem, which will work closely with government in its review, has estimated that an independent body with new responsibilities for running the electricity system could save consumers £0.4-£4.8 billion between 2022 and 2050.

Its new responsibilities would include taking a more active role in designing and planning new grid infrastructure and providing independent advice to the UK Government on how best to hit its target of net zero emissions by 2050. In December, it pledged £30 billion upfront funding to deliver a clean and reliable energy system.

This body, or Independent System Operator, would be fully separated from National Grid, which also owns the electricity transmission network, to avoid any perceived or real potential conflict of interest.

In 2019 a legally separate function was created within National Grid to manage the electricity system to help conflicts.

Given the scale of the net zero challenge, Ofgem is recommending government goes further and considers full separation, which would help ensure future decisions on how to manage the energy system are taken in the interests of consumers, helping to keep costs as low as possible.

Jonathan Brearley, chief executive of Ofgem, said: “The energy system needs to go undergo the biggest transformation in over a century to meet Britain’s ambitious climate goals. Ofgem is recommending the creation of an independent body to help deliver the fundamental changes in how we use energy.

“This would help bring forward green economic growth, accelerate our journey towards net zero and save consumers money on their energy bills.”

Kwasi Kwarteng, Business and Energy Secretary, said as the first major economy to commit in law to net zero carbon emissions by 2050, the UK is leading the green industrial revolution.

“Meeting our far-reaching targets will mean changes to how we turn the lights on, travel to work and even cook our meals. Which is why we must ensure that the energy system is designed to provide the very best for consumers and allows energy companies to keep innovating as we build back greener.

“I welcome Ofgem’s contribution to the debate over the future structure of our energy system and will consider its recommendations thoroughly."

Promoting low-cost renewables is one of Ofgem's five strategic pillars - along with embracing new technologies and fostering a 'data-enabled energy sector, with ubiquitous smart metering and open access to data stimulating new services and markets, and reducing costs' (click here).