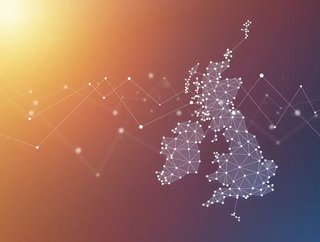 Ofgem is inviting bids in new electricity interconnectors to help boost energy security, hit the country’s climate goals, and save money for consumers.

The energy regulator will hold a third investment round next year to build new subsea cables, which can import cheaper clean energy when it’s needed and export surplus power to neighbouring countries, including a pilot of new electricity links for North Sea grid connecting offshore wind farms.

In September, The National Grid's IFA interconnector power cable link connecting the UK to France was out of service following a fire at its Sellindge site and 1,000MW will be unavailable until March 27 2022. The IFA accounts for around 40% of the UK's 5GW of operational power links with mainland Europe (click here).

The UK Government wants to more than double existing interconnector capacity by 2030 to support its target of quadrupling offshore wind capacity by the same date. To help meet that target next year’s investment round will favour projects able to complete by 2030.

Project developers and consumers will benefit from Ofgem’s “cap and floor” regime. This sets a maximum ‘cap’ on revenues and a minimum ‘floor’ to ensure an adequate return for investors while keeping costs down for consumers.

Ofgem will also run a pilot cap and floor scheme for the first-time inviting bids for “Multiple-purpose Interconnectors” (MPIs) which can link up clusters of offshore windfarms directly to an interconnector.

This means when the wind is blowing in the North Sea, these offshore wind farms can export surplus electricity to both Great Britain and Europe.

Akshay Kaul, Director of Networks at Ofgem, said: “Greater interconnection of energy across borders is vital to ensure resilience, affordability and sustainability in the future as we transform our energy system.

“Our next investment round for interconnectors will bring forward the investment we need, creating green jobs and unleashing the full potential of the UK’s world leading offshore wind industry, while also protecting customers by capping costs.