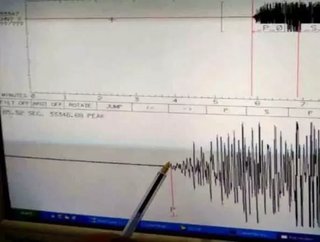 Ohio has suspended operations of five deep-well hazardous fluid disposal sites after a 4.0 scale earthquake hit Youngstown Saturday—the largest of a series of 11 over the last year.

To be overly cautious, the Mahoning County wells owned by Northstar Disposal Services LLC will be shut down for the time being under the orders of the Ohio Department of Natural Resources. That will include disposal injections at the 9,000 feet/deep site along with any others within a 5-mile radius.

Concerned that pressure from the fluid disposal could be affecting a previously unknown fault line, it is unsure when or if the wells will resume operations. Others fear that the process of injecting fluid that is unsuitable for landfills into sandstone far below groundwater level may also start affecting water supplies over the next couple years.

Furthermore, earthquakes were not common to the area until drilling began in mid-summer. When the first injection disposal began in December of 2010, the first earthquake happened the following year in March with many more to follow, gradually increasing in magnitude.

Ohio Governor John Kasich reacted quickly on behalf of the safety of the public, according to his spokesman Robert Nicholas. “We fully expect to be criticized for overreacting on this, but we are OK with that,” he told MSNBC.

That reaction makes for an interesting contrast to the case of fracking, or hydraulic fracturing, for oil and gas. Despite concerns of the highly probable seismic events occurring from fracking operations around the world, the industry remains unhurt, continuing forward with countless projects.

Does Fracking Cause Earthquakes?

Ohio officials claim that the earthquake was not caused by fracking, but rather from the injection of waste as a result of fracking. In October, a similar incident occurred in South Texas when a 4.8 magnitude earthquake struck a center point for natural gas and oil production in the Eagle Ford Shale. At that time, the correlation between pumping water back into the ground with seismic activity was not yet an assertion.

Now, it has become more apparent that it's time to change how the wells operate. "That is one of the things that would be discussed, possibly plugging the well to a certain level,” Ohio Department of Natural Resources deputy director Andy Ware told MSNBC. "We will continue to monitor and have our geologists monitor the data."