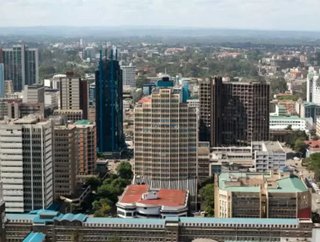 As the economic fallout from the recent terrorist attack on Kenyas Westgate Mall by Somali militants is still unfolding, the countrys petroleum industr...

As the economic fallout from the recent terrorist attack on Kenya’s Westgate Mall by Somali militants is still unfolding, the country’s petroleum industry will have to focus its attention toward security in order to keep its momentum, says an analyst with research and consulting firm GlobalData.

John McCormack, GlobalData's lead analyst covering Sub Saharan Africa, believes that while the Somali extremist group Al-Shabaab has not made a specific threat, Kenya’s petroleum industry is of strategic importance to the country’s economic future and is itself a feasible target for future attacks.

“Although the attack on the Westgate Mall is likely to have a minimal impact on the overall pace of Kenya’s oil and gas operations, most international oil companies (IOCs) will have to invest in security, especially with the relocation of high numbers of expatriates to Kenya. Additionally, there will also be a heightened risk of damage to oil and gas infrastructure, such as pipelines. These are particularly difficult to secure from Somali militants,” McCormack says.

GlobalData forecasts the first oil production in Kenya to be achieved in 2016, from blocks 10BB/13T, once oil and gas legislative measures and infrastructure have been put in place. The Kenyan government is expected to receive revenues of $300 million per year from oil produced from these blocks alone over the next 30 years.

According to McCormack, Kenya doesn’t have a safety and security master plan in place to protect its oil and gas infrastructure. However, Kenya Petroleum Refinery Company (KPRC) did tighten security around its Mombasa refinery facility, the only one in East Africa, following the attack.

Additionally, both security personnel and unarmed security guards are deployed at all onshore and offshore blocks where exploration operations are ongoing.

Furthermore, drilling rigs, especially those located close to the border of Kenya and Somalia in the Mandera, Anza and Lamu basins, are now on alert for militants after the Kenyan government showed no willingness to accede to the demands of Al-Shabaab.

“The Kenyan government may lose some of its contract negotiating powers with the IOCs as a result of the deteriorating security conditions in the country. However, although the Westgate Mall attack will cause investors to consider the future ramifications of terrorism in Kenya, the opportunity-cost of turning down investment in the country is likely too high to justify not pushing forward,” McCormack says.