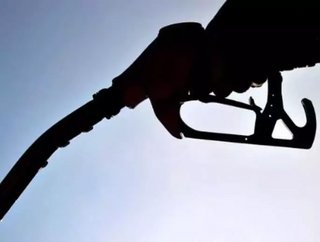 By Christopher Meloni Due to the oil market, the world is still going. The demand of petroleum will never end as long as industries exist. Apart from i...

Due to the oil market, the world is still going. The demand of petroleum will never end as long as industries exist. Apart from industrial use, it works as a lubricant and is a key element in the creation of plastics.

Basically, the oil market is confusing for both professional as well as individual investors, because of its uncertain nature. It involves high fluctuations sometimes. There are various driving forces which encourage price fluctuations in the oil market. Having knowledge of these factors will greatly help a person prior to make any oil gas investments.

According to reports, a significant part of the demand for oil comes from the emerging market economies countries. Such countries form about 80 percent of the whole global population, though it represents about 20 percent of the world's economies.

Experts say the demand for oil will continue to be expected to increase due to the growing industrialization in these countries. Some of these countries offer fuel subsidies for consumers, though experts say, subsidies are not always helpful to a country's economy as they tend to encourage demand in the country and may compel the country's oil producers to sell resources incurring a loss. Removing of subsidies will be a better option as it will help a country to increase oil production, which will be resulted in an increase in supply and a decrease in prices.

According to OPEC (Organization of the Petroleum Exporting Countries), most of the countries who are figured in the oil market do not have the capacity to pump out the maximum amount of oil except Saudi Arabia, who produces an additional amount of oil per day.

The coming of new reserves in Brazil is crucial. As per recent analysis, there is a sharp decline in production in oil fields in Mexico and the North Sea. Nigeria has an important role to play in the oil market but its internal crisis has great impact on its production.

Lack of high quality oil is what one of the major problems the oil market confronts. This type of oil, being known as the high-quality "sweet" crude oil, is an environmental requirement in many countries in the world, particularly in the United States. So, the refineries need to fulfill such requirements. Such types of oil mostly come from Nigeria and nearby African nations.

One major factor governs the price market is the wide speculation done by the investor groups regarding the future of the oil trade. Many big institutional investors and speculator group are entering in the oil market in the hope of making better profits. They believe in short term fluctuations in oil prices to have better gain.

About the author: Christopher Meloni possesses experience in terms of the current world market in the oil industry. He is actively involved in various market researches related to the oil industry and its growth potential.