Oil and Gas Truckers Staying Safe on the Road 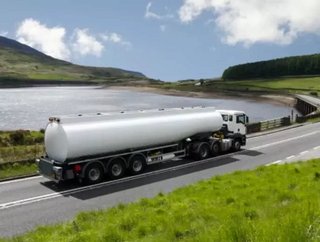 Today, 25 percent of auto crashes are caused by distracted driving, claiming nine lives each day. Moreover, each vehicle accident costs an average of...

With this in mind, Riggins Oil, a New Jersey-based family owned and operated fuel distribution company, looked for innovative solutions that would reduce the risk of distracted driving to the company, its drivers, and the general public.Riggins turned to Cellcontrol to prevent potential inappropriate mobile device use in its fleet.

Powered by patented non-pairing Bluetooth device policy and data transport technology, Cellcontrol prevents drivers from inappropriately using mobile devices to send and receive calls, text, email, browse the web and use apps when a vehicle is in motion.

In May 2013, Riggins installed the technology in each truck and has already seen an improvement in safe driving. The regional fuel leader was also able to reduce its overall risk profile in advance of its insurance policy renewal, and believes its partnership with Cellcontrol can reduce risk exposure and impact risk financing.

Riggins set a company specific policy for its drivers, requiring them to use hands-free devices for calls and forbidding them from texting, emailing and web surfing on any mobile device while the truck was in motion. The company was able to phase in this policy from its central headquarters so that drivers could get accustomed to the changes. One driver reported that while the use of the phone was restricted, he felt like it helped him focus on the road.

The company’s strategy director, Matt Riggins, said, “There are all sorts of distractions out on the road. Anything we can do to limit those distractions is a benefit for our drivers, our company, and the public.”

Riggins added that productivity of the overall dispatch operation improved because the technology allowed communications to go through to the phones without distracting the driver.

“We could send important information to drivers via email or text without worrying about whether they would glance at it while rolling down the highway,” he said. “Once they stopped, they could see the information we needed them to see.”

“Many Cellcontrol fleet customers see an immediate double digit reduction in rear end crashes after installing our technology,” said Cellcontrol’s CEO Rob Guba.  “This makes it the perfect solution for oil and gas distributors like Riggins, where mitigating risk is top priority.  We’re proud to call Riggins a customer and help keep their drivers, assets and community safe.”