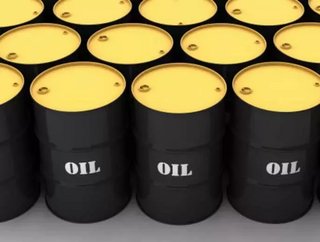 On Sept. 13, 2013, Exxon Mobil announced that its Point Thomson project has completed a number of infrastructure milestones during the summer of 2013, as part of an ongoing commitment to Alaska's energy future.

“ExxonMobil is strongly committed to hiring Alaskans and, with its contractors, employed more than 1,100 Alaskans during the 2013 winter work season,” Gina Dickerson, senior project manager at Point Thompson said.

“Point Thomson's infrastructure can help unlock the eastern portion of the North Slope for expanded exploration and development activity. Along with our contractors and partners, we're very proud to be building a project on the North Slope that will significantly contribute to realizing Alaska's full energy potential.”

According to the company, the Point Thomson Unit is estimated to hold 25 percent of known North Slope natural gas and is designed to initially produce 10,000 barrels/day of condensate at startup in the winter of 2015/2016. The Full Research Report on Exxon Mobil – including full detailed breakdown, analyst ratings and price targets –  is available at: www.analystscorner.com/r/full_research_report/36c4_XOM

On Aug. 29, 2013, Chevron announced the expansion of its Fuel Your School Program, an innovative collaboration between Chevron and DonorsChoose.org that is designed to help meet the critical need for classroom funding in various communities where Chevron operates. According to the company, the program has expanded to 14 U.S. communities in fall 2013, from nine communities in 2012.

“Fuel Your School provides teachers with essential tools and resources, including hands-on project materials that often do not receive funding from traditional sources. These resources are critical to spurring students' interest in and understanding of the STEM subjects.”

The Full Research Report on Chevron – including full detailed breakdown, analyst ratings and price targets – is available at: www.analystscorner.com/r/full_research_report/d042_CVX

“Over the coming weeks, we will be finalizing our strategy and building our implementation plans. Many of the building blocks for success are in place, but in several areas significant change is required,” said Suttles. “I am confident that the organization is ready for what lies ahead and I'm fully committed to driving the necessary change that will get Encana back to winning.”

The Full Research Report on Encana – including full detailed breakdown, analyst ratings and price targets – is available at: www.analystscorner.com/r/full_research_report/01ac_ECA

On Sept. 12, 2013, Statoil ASA announced the publication of the investigation report on the In Amenas terrorist attack that took place on Jan. 16, 2013, where 40 people were killed including five Statoil employees. According to the company, an investigation was launched on Feb. 26 and the investigation team submitted its report on Sept. 9, which was discussed by the company's Board on Sept. 11.

“The report provides the basis for learning that we requested. And the report supports and underpins the necessity of the improvement efforts initiated in the company,” said Svein Rennemo, chair of Statoil's Board. “We will see a broad-scale strengthening of Statoil's organization, systems and practice within security.”

As per Statoil, the report provides 19 recommendations within the areas of security at In Amenas and other facilities in Algeria, organization and capabilities, security risk management systems, emergency preparedness and response, and cooperation and networks. Statoil stated that it will now ensure that the recommendations are integrated, while its Board stated that it has endorsed the improvement program, and will continuously follow up program implementation and consider the need for further measures.

The Full Research Report on Statoil ASA – including full detailed breakdown, analyst ratings and price targets – is available at: www.analystscorner.com/r/full_research_report/d198_STO

The company also informed that shareholders may at any time choose to receive free-of-charge Corporate Communications either in printed form, or read the website version. Also, shareholders may call the company's hotline for any queries from Monday to Friday, between business hours 9 a.m. to 6 p.m.

The Full Research Report on PetroChina – including full detailed breakdown, analyst ratings and price targets – is available at: www.analystscorner.com/r/full_research_report/dc96_PTR