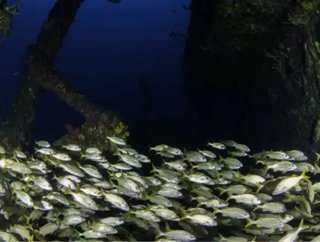 [email protected] Make sure to check out the latest issue of Energy Digital magazine By Brittany Williams In order to harness the oil resources that...

In order to harness the oil resources that lay off the coasts of the United States, energy companies have long built drilling rigs offshore. One might think these massive structures would be harmful to the environment and the marine life that call the ocean home. But it appears the offshore oil industry is providing a valuable ecosystem, acting as an artificial reef, where aquatic life can thrive.

Offshore oil rigs make ideal structures for artificial reefs because they are made out of long-lasting, durable materials and already serve as an ecosystem for many species of marine life. Some have even been in the water for more than 30 years, providing a home to thriving reef ecosystems. Removing these structures could actually harm aquatic life.

That's why the federal Bureau of Safety and Environmental Enforcement (BSEE) adopted a policy in the 1980s that supported the reuse of decommissioned oil rigs for artificial reef development off U.S. coasts. The program, called Rigs to Reefs, allows oil companies to donate their non-productive rigs as long as they are environmentally safe and get approval from the Army Corps of Engineers, the BSEE and the appropriate state agency.

The Oil and Gas Financial Journal estimated that more than 75 oil- or gas-related companies have participated in the Rigs to Reefs program since its inception. Out in the ocean there are several artificial reefs, acting as ecosystems for a variety of marine life, made possible by oil companies such as ExxonMobil, Shell, ConocoPhillips and BP.

Since 1983, Chevron has donated 74 structures to Rigs to Reefs programs along the Gulf of Mexico, in states such as Mississippi, Louisiana and Texas. "The platforms provide excellent habitat that is beneficial both to marine organisms that inhabit these reef systems and to commercial and recreational fishermen," said Lew Dennis, U.S. offshore area manager for Chevron Environmental Management Co., in the company's 2012 annual report.

You might wonder why an oil company would want to donate an expensive piece of equipment, but the process of turning a rig to a reef can provide huge cost savings for energy companies. Before an oil company can get a permit for offshore drilling, it must sign a contract committing to properly decommission the rig once drilling has completed.

That includes sealing the well to protect the environment, relocating drilling equipment and removing the rig from the ocean. By donating the unproductive rig, the company doesn't have to pay the high cost of moving it to the shore, which can cost upward of $700,000.

If the oil rig is donated, it is either moved to a more appropriate reefing site or split into two pieces to ensure the safety of those navigating through the ocean. To partially remove an oil rig, divers swim down 85 feet beneath the water line and cut the upper portion of the structure off. The top portion of the rig is then lowered to the floor of the ocean by a crane barge, where it will lay on its side.

According to the Texas Parks and Wildlife Department, aquatic life starts taking over these artificial structures almost immediately and in as little as a year a repurposed oil rig is well established as a reef ecosystem. Fish densities surrounding these artificial reefs can be anywhere from 10 to 100 times greater than adjacent sand or mud bottom habitats, according to a study by the BSEE.

The increased marine life has made artificial reefs an attractive destination for divers looking to take in the natural beauty of the ocean. And because fish supplies have increased in areas with artificial reefs, fisherman can more easily catch enough fish to supply fresh markets and grocery stores, an economic benefit to many coastal cities.

"The oil and gas platforms are such a unique structure. The abundance of aquatics that are underneath these platforms is mind boggling," said Captain Brent Casey of the Port Aransas Boatmen Association in a documentary about the Rigs to Reefs program. The film was produced by the Gulf of Mexico Foundation, an organization that promotes conservation and preservation in the Gulf of Mexico.

In Texas, the Rigs to Reef program run by the Texas Parks and Wildlife Department has found great success. The Gulf Coast has cool temperatures and murky water that won't support the growth of natural reefs. But the location is also teeming with fish, plants and invertebrates that need to cling to hard surfaces to complete their lifecycles. Placing artificial reef structures off the coast has improved marine habitat by providing growth and additional sustenance for aquatic species such as grouper, snapper and shark.

“The base belief of any artificial reef program is that we can improve upon nature. We can, should and will have to in order to meet growing demands for fishery resources," said Quenton Dokken, president and CEO of the Gulf of Mexico Foundation. "In the Gulf of Mexico, offshore oil/gas production platforms have become a cornerstone of a billion dollar recreational fishery and the commercial fishing industry which supplies fresh seafood to thousands of restaurants and countless tens of thousands of consumers."

Today, there are more than 3,000 oil rigs off the region's coast and about 100 of them are decommissioned each year. The majority of these structures are moved onshore and dismantled, disrupting the marine life that lived on or around the structure. However, since the program began in 1990 more than 140 of these offshore oil rigs have been donated to Texas' Rigs to Reefs program and now serve as ecosystems for aquatic life in the gulf.

The state agency also receives 50 percent of an oil company's savings from converting an obsolete oil rig into an artificial reef instead of moving the structure ashore for salvaging. These funds are used to finance research, maintenance and construction of new reefs.

Brittany Williams is a copywriter for SaveOnEnergy.comwhere she covers controversial topics, explores renewable energy options and shares her knowledge to help others minimize their electricity bills, and in turn their carbon footprints.