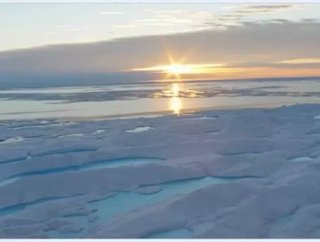 The US and Norway, two of the world&#39;s major oil and gas producing nations, are looking to further develop drilling operations in the Arctic. Dril...

The US and Norway, two of the world's major oil and gas producing nations, are looking to further develop drilling operations in the Arctic.

Drilling licenses for dozens of blocks of sea acreage will be awarded in the icy waters from Norway, according to the country's oil ministry at a conference Tuesday, where US Secretary of Interior Ken Salazaar also announced the Obama administration's plans to develop its own Arctic areas.

"Opening up and developing our domestic resources is a priority for us," Mr. Salazar said during an interview.

Although criticized for being costly and challenging, the Arctic holds great potential as a new source of oil and gas resources. The region is believed to contain about a fifth of the world's undiscovered oil and gas, yet it remains largely unexplored.

In one of Norway's northernmost cities, a research facility will open up to find solutions to some of the biggest challenges involved in drilling for oil in the region.