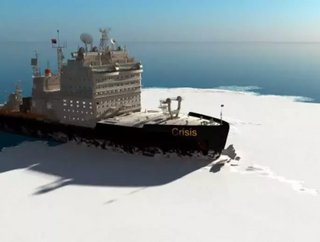 With high operating and development costs surrounding many offshore Arctic fields, profit can only be achieved with decreased state taxation rates unde...

With high operating and development costs surrounding many offshore Arctic fields, profit can only be achieved with decreased state taxation rates under current market conditions, says an analyst with research and consulting firm GlobalData.

Domagoj Baresic, GlobalData's analyst covering Upstream Oil & Gas, states that the interplay between potential profit gains and high costs will likely be most evident in the Russian Federation, which has a strong state policy of developing upstream resources in its untapped Arctic frontier.

According to GlobalData, Russia has 27 confirmed offshore oil and natural gas planned fields in the Arctic Circle, some of which are among the last undeveloped large fields in the country, boasting more than 100 million barrels of oil equivalent.

“While operating and development costs cannot be significantly reduced, the best hope for turning discoveries into profitable producing fields is by decreasing state take through tax alleviation,” Baresic says.

“Projects such as the Prirazlomnoye field, which is expected to begin production in early 2014, could not have been developed without such tax alleviation, which was achieved mainly through reduced export duties and applying Mineral Extraction Tax (MET) relief.”

Currently, a 50 percent reduced export duty applies to oil produced from Prirazlomnoye, and since the field is located north of the polar circle, the first 257 million barrels of oil will not be subject to MET. These tax incentives are projected to reduce the state take from 90 percent to 50 percent and increase the Internal Rate of Return from 2 percent to 11 percent.

“However, even with extra incentives, many fields in the Arctic could prove unprofitable under the current fiscal regime, giving rise to the possibility that the entire present system of tax alleviation measures might be reconsidered in the future,” Baresic says.