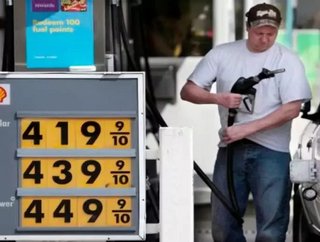 As tensions with the Middle East raise improbable concerns of conflict beyond rhetoric, the hike in oil futures has the world questioning just how lon...

As tensions with the Middle East raise improbable concerns of conflict beyond rhetoric, the hike in oil futures has the world questioning just how long Iran's threats will go on. Faced with trade embargoes from the West and fears of a possible attack on its nuclear installations, Iran has been threatening to close the world's most critical oil shipping passageway, the Strait of Hormuz, since December. Despite the media's portrayal of the prospect of the situation escalating to involve military action, the real threat is how the long-standing high oil futures will affect the growth of the economies around the world.

While the market factors in the high risk of a potential oil disruption, Americans are feeling the pinch in their wallets with gasoline prices soaring well over $4.00 per gallon in several states. Before the deterioration of the situation with Iran, the global supply chain was already down. Lower production in Syria and Yemen as well as the closure of an important pipeline in Sudan this year have taken at least 500 million barrels per day (bpd) off the market, if not more, according to Caroline Bain of the Economics Intelligence Unit.

“So the market has tightened anyway,” Bain says. “But the main factor is how Iran is coping with the EU embargo, whether other countries can fill the gap and whether or not the tensions between Iran and the West could lead to some sort of military conflict in the Strait.”

Should Iran carry through with its threats, however, the U.S. Navy, stationed off Qatar, would be able to intervene and reopen the Strait within a matter of days. However, events have not escalated enough to warrant higher prices, so “the geopolitical risk premium in the market is a bit overdone at the moment,” says Bain.

Israeli intervention would also be highly unlikely with too much at stake as the global economy struggles to pick up from recession. According to Bain, Israel would be under considerable pressure not to attack Iran, because it would cause “further retaliation in reaction in addition to the risk of losing U.S. support.”

The greatest risk the situation poses now is its impact on world economic growth. The high prices of oil are being felt around the globe, and will hinder the growth of emerging and developing economies should they be sustained.

The West's policies to contain Iran will continue to have a dramatic effect on oil prices unless Iran's April elections bring in a new political regime that desires to ease current tensions. Without a shift, however, “one could expect the premium we see now to continue throughout the year,” Bain says. Of course, it's unsure that a new government would even change the situation, or how quickly.

“At the moment, there is so much uncertainty about what the impact of the embargo and sanctions are going to be until it becomes clear that it's either a desperate situation or it's not nearly as disruptive as the market thinks,” says Bain. “Having said that, the prices at current levels will damage economic growth.”

While Iran is enjoying the higher prices, they are expected to drop later in the year once the country turns to Asian markets and the EU fills its gap in supply through other sources. The embargo currently accounts for about 300 million bpd of lower production in Iran, but that's also due to a lack of investment in the country's aging fields over the last decade.

“Thus, it's very much in their interest to keep the prices as high as they can,” says Bain. “Oil prices are key, and perhaps the only thing keeping their economy going.”

Although shutting down the Strait would be detrimental to Iran's economy, it all seems to be going Iran's way for the time being. More recently, threats to cut exports to the UK and France stole headlines and sent oil prices up, but didn't have a major impact on the fundamentals of the oil market. Not to mention the UK hasn't imported any oil from Iran for over six months and France's imports would have only been affected a few percent.

Based on speculation, oil futures remain high as governments continue a tactical game of rhetoric.