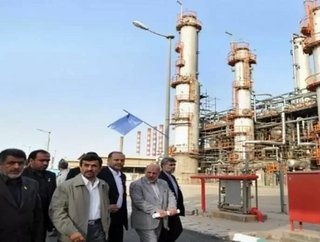 Oil futures rose Monday after Iran warned Saudi Arabia and neighboring Islamic states not to make up for any shortfalls caused from an embargo on its...

Oil futures rose Monday after Iran warned Saudi Arabia and neighboring Islamic states not to make up for any shortfalls caused from an embargo on its crude oil exports. Meanwhile, concerns over shipments from two other major exporters, Nigeria and Sudan, contribute to a spike in prices.

In the face of Iran's threats to close the Straight of Hormuz, Saudi Arabia said it could 'almost immediately' increase its production by some 2 million barrels per day, according to Saudi Oil Minister Ali al-Naimi in an interview with CNN. Saudi Arabia's doubts that Iran will shut down the straight followed a warning from Tehran that any move to replace Iranian oil on the markets would “not be perceived as friendly,” the country's OPEC governor told the press.

As the US continues to pressure nations to stop importing oil from the Islamic Republic, some of Iran's top Asian buyers are starting to look at alternative suppliers in the region.

In Nigeria, trade unions have called off strikes against the government after president Goodluck Jonathan partially reversed the detrimental effects of an end on fuel subsidies that more than doubled gas prices for locals. Meanwhile, Sudan started confiscating some oil exports over the weekend from its southern region to meet unpaid transit fees.

Throughout the remainder of the week, investors will be watching China, the world's second largest oil consumer, where the economy is expected to slow for a fourth successive quarter as global demand weakens, according to a Reuters poll.