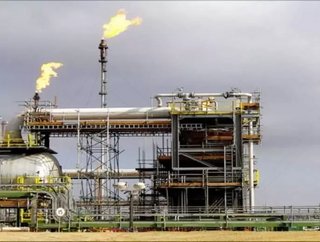 Oil-rich Kazakhstan has ruled out adopting alternative energy methods for now saying that it will continue to exploit its vast natural resources for e...

Oil-rich Kazakhstan has ruled out adopting alternative energy methods for now saying that it will continue to exploit its vast natural resources for economical reasons.

Speaking to reporters after the VII KazEnergy Eurasian Forum, the chief of KAZENERGY Association, Timur Kulibayev said that the country was aiming to meet 10% of its energy demand through alternative energy.

A news release issued by KAZENERGY said that Kazakhstan's 80% of power generation is generated by coal. The nation is home to one of the largest coal reserves in the world. The second largest oil producer in the CIS after Russia is looking more at immediate financial goals than long term environment goals.

The landlocked nation's topography and terrain is perfect to become a major producer of wind and solar energy but Kulibayev said the country would wait for this sector to become more financially affordable. It not only has gorges acting as wind tunnels but the southeast part of country also gets over 300 sunny days in a year.

Kulibayev has been at the forefront of the development of the oil and energy sector in the central Asian nation for over 15 years.

His statement was a boon for the foreign investors that are lining up to pump money in the oil, gas and coal sector.

The two-day annual event attracted over 900 delegates including political leaders, diplomats, oil and gas industry leaders and chief executives of leading petroleum companies from across the world. The World Petroleum Council also held its three-day meet on the sidelines of the forum.

Vice-Minister for oil and gas, Berik Tolumbayev said that Kazakhstan cannot be China's main oil supplier let alone be sole supplier. He said that a large number of Chinese companies have recently set up their offices in the country and Chinese investment is very important for Kazakhstan however, the supply lines to China were choked to its peak capacity.

Kulibayev added that the supply to China can only be increased from 10 million tonnes of crude oil a year to 20 million tonnes once the pipeline to China is upgraded. He said the government was currently focused on gasification of all the major cities and small towns.

Kazakhstan's current production is dominated by two giant fields: Tengiz and Karachaganak, which produce about half of Kazakhstan's total output of over 1.6 million barrels per day.

Kulibayev attributed the success of oil production to the conducive climate for foreign investment in oil and gas sector. "Foreign investors find it safe to invest money in our country because they can repatriate money in any currency at anytime as the national currency Tenge is fully convertible."

Kulibayev was upbeat about the upcoming inauguration of production at Kashagan oil field, which was discovered in 2000 and is described as the world's largest ever discovery of a field in the last 30 years.

The field is currently being developed by a group of partners including Shell, Exxon Mobil, Total, ConocoPhillips, Kazakh state-run oil company KazMunaiGas, INPEX and Eni. Eni is responsible for phase I of the field's development, while Shell is responsible for production operations. The total cost of the project is not yet clear due to uncertainty about financial requirements of the second phase whereas phase one will cost $46 billion.

Meanwhile, the World Petroleum Council also held its three-day meet on the sidelines of the forum.

The World Petroleum Council President Roberto Bartini said that more than 20 trillion dollars would be invested in the oil and gas industry field in the next two decades.

According to International Energy Association, another $38 trillion would be required for the development of infrastructure for the future needs of energy by 2035. IEA official Ulrich Benterbusch said the dependence of oil for energy needs would reduce to 27 percent from the current 35 percent in the next few years.