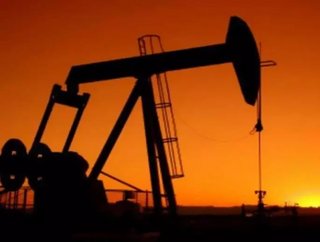 For the first time OPEC acknowledged the significance of shale oil supply in North America, cutting its previous estimates of medium and long-term glo...

For the first time OPEC acknowledged the significance of shale oil supply in North America, cutting its previous estimates of medium and long-term global oil demand.

"Given recent significant increases in North American shale oil and shale gas production, it is now clear that these resources might play an increasingly important role in non-OPEC medium- and long-term supply prospects," the Organization of the Petroleum Exporting Countries said in the report.

Although OPEC has been slow to admit the impact of new technologies such as hydraulic fracturing, or “fracking,” on global supply, others have gone as far as to predict that North America will be self-sufficient in oil and gas by 2025.

“OPEC's 2012 World Oil Outlook highlights the extent and severity of risks but takes a relatively benign medium-to-long-term view in its reference case. OPEC has lowered expectations of consumption, particularly in the OECD, over the next few years and expects OPEC's contribution to global supply to remain relatively stable. The report discusses the advent of shale oil in the US, but unsurprisingly is somewhat cautious about its long-term implications, referring to resource uncertainty and rapid depletion rates as well as environmental concerns.”

OPEC has raised its medium-term price forecast from last year to about $100/barrel, citing the rising costs in the oil industry, shortages of labor and costs of new sources of supply that “will be in technically more difficult and higher cost location,” according to Bain.

According to last week's report, the world is expected to reduce its dependence on oil from OPEC members, who currently pump more than a third of the world's oil and account for about 80 percent of its conventional crude reserves. In 2016, demand for crude from OPEC is expected to average 29.70 million bpd, less than it is currently producing.

"This downward revision, together with updated estimates of OPEC production capacity over the medium-term, implies that OPEC crude oil spare capacity is expected to rise beyond 5 million bpd as early as 2013/2014," OPEC said.