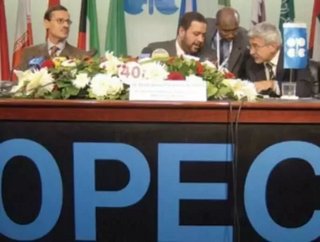 Energy Digital reported this last weekend that OPEC was preparing to increase crude oil supply&mdash;for which the alliance of oil producing nations a...

Energy Digital reported this last weekend that OPEC was preparing to increase crude oil supply—for which the alliance of oil producing nations accounts for some 40 percent of the international market.  However, OPEC ministers this week have been unable to agree upon the terms of boosting supply, and have decided to maintain present output ceilings.  The oil conglomerate has stated that they will reconvene over the next three months to readdress a production hike.

The announcement has rocked financial markets that had prepared for a boost in supply, given that just a few days ago OPEC leaders made several comments on the likelihood of a supply increase.  Crude oil jumped 1.5 percent to $100.53 a barrel.  Energy shares in the Standard & Poor’s 500 Index jumped 0.9 percent.  Even Europe was hit hard as the Stoxx Europe 600 Index fell 0.8 percent and German 10-year bond yields fell four basis points to 3.05 percent.  The yen gained 1.3 percent versus the Norwegian krone and 1 percent versus the Euro.

Apparently, the inability of OPEC to reach some kind of decision marks a further division in the oil cartel’s ranks.  Analysts covering OPEC note that the indecision marks the possible decline of OPEC as a power player in the realm of international non-governmental organizations.  The indecision certainly has failed market speculation expecting a supply hike, and players in world money markets may be less inclined in future scenarios to take OPEC seriously on its claims.

While Saudi Arabia was one of the major proponents in OPEC urging a heightened supply ceiling, opposition, led by Iran, caused the deadlock.  Political unrest in Yemen and Libya, which combined account for roughly 4 percent of world production, has led to countries like Saudi Arabia boosting production to fill the market gap.  One of the major causes of the deadlock is the fact that other OPEC nations can’t match Saudi Arabia’s ability to increase production.

"Despite all their efforts, the Saudis were not able to convince Iran and other countries to increase production," said Ehsan Ul-Haq, an analyst with KBC Energy Economics. "It means there is a huge disagreement—but it also means that it gives the Saudis free space to do what they like."

OPEC nations are already producing at about 1.3 million barrels per day above their normal quota to meet international demand.