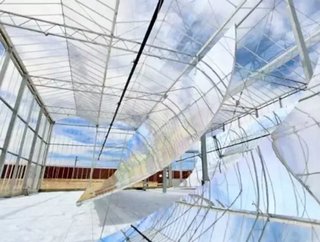 Heavy crude oil poses both a challenge and opportunity for the economics of petroleum development. Although there is more than twice as much heavy oil...

Heavy crude oil poses both a challenge and opportunity for the economics of petroleum development. Although there is more than twice as much heavy oil on the planet than conventional light crude oil, it is expensive and difficult to get out of the ground.

The traditional route of extracting heavy oil requires the purchase of expensive, natural gas to generate steam used to force oil to the surface of reservoirs. The operational costs of this process make it difficult for smaller companies to make a dent in the global market, and virtually impossible for other oil-rich parts of the world lacking the resources altogether.

In an oxymoronic pairing, GlassPoint Solar has developed a revolutionary oil recovery process that uses solar energy over natural gas to extract crude from the ground more efficiently. Called solar enhanced oil recovery (EOR), the system is relatively simple and easy to operate. Lightweight, 20-foot mirrors reflect light from the inside of a glasshouse onto water pipes that generate and inject steam into the wells.

In a speech at GlassPoint's premier 21Z Project Commissioning, US Congressman Kevin McCarthy acknowledged the odd and extraordinary benefits of solar and oil, working together. "As we bridge this gap to the next phase of energy, you cannot punish one energy for the benefit of another. The only way we're going to be able to get there is all of the above,” he said. “You can have a next generation enhancing a current generation."

According to GlassPoint Chief Executive Rod MacGregor, roughly 60 percent of the cost of operating a heavy oil field is from purchasing natural gas, while using solar to extract oil produces heat at half the price of burning natural gas. Additionally, making it cheaper to extract the oil means more of it can economically be pumped out and sold.

"We are the first and only [company] that can produce heat at a lower cost than heat produced by burning natural gas," MacGregor told AOL in an interview earlier this year. "The amount of gas used worldwide for EOR is immense, [while] most heavy oil producing regions are also blessed with great sunshine. Steam for oil recovery is our whole business and we do it at a lower price than current methods."

With a plentiful supply of heavy crude oil and sunlight, some of America's oldest oil fields will be revitalized by utilizing GlassPoint's technology. Many of California's heavy oil wells are no longer under production, yet more than half of the oil that was originally there still remains, with more under the ground in the whole US than in the entire oil reserve in Saudi Arabia. With continued unrest in the Middle East, that kind of predictability of domestic production is vital, adds Rock Zierman, CEO of the California Independent Petroleum Association at the 21Z Commissioning.

Importing crude oil means exporting wealth, jobs and taxes, but reopening heavy oil fields operated by solar power will lead to an increase in jobs and profits on the domestic front. Solar EOR is also a viable solution for other parts of the world where natural gas is either too expensive or not readily available.

After GlassPoint's first commercial solar EOR project launched in February, Berry Petroleum can now extract heavier oil from its more a matured oil field in McKittrick, Calif. Soon to follow, GlassPoint won a contract to build a massive 7 MW solar EOR system for a national oil company in Oman, with more to come in 2012.

“Much of the world’s heavy oil is located in the Persian Gulf region, which has abundant sunshine,” Syham Bentouati, Corporate Technology Adviser for Petroleum Development Oman, told the San Francisco Chronicle. “In these locations, switching to solar saves gas for higher value applications like industrial development and export as LNG.”

GlassPoint may have been the pioneer of solar EOR this year, but others are quickly hopping onto the idea. BrightSource Energy recently launched the world's largest solar EOR project under Chevron in Coaling, Calif., and is expected to be finished this year. BrightSource claims that its plants cost less to build and operate more efficiently than other solar thermal plants. The company is actively developing over 4.2 GW of solar power, which will be enough to generate 1.5 million homes in upcoming years.