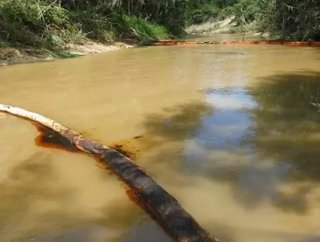 After years of being plagued by some of the Amazon&#39;s most productive and destructive oil fields, Peru declared an environmental state of emergency...

After years of being plagued by some of the Amazon's most productive and destructive oil fields, Peru declared an environmental state of emergency this week.

According to Peru's Environment Ministry, contamination from oil fields operated by Argentina-based Pluspetrol has included high levels of lead, barium and chromium in addition to other petroleum-related compounds. Indigenous groups in the Plastaza River basin, including the Quichua and Ashuar, have complained about the pollution for years.

The 90-day emergency orders Pluspetrol to take immediate action to reduce the contamination in the surrounding population, following an $11 million fine levied against the company in January.

"We know that there has been bad environmental behavior by the company," Environment Minister Manuel Pulgar-Vidal said in a radio interview. "If indeed at some point remediation was done, it was not done adequately and that includes inadequate action by the authorities from 2003-2005."

Though the fields have been operated for nearly 12 years by Pluspetrol, the field's previous operator, Occidental Petroleum, had not exactly operated under any better circumstances. Since Pluspetrol took over in 2001, constant oil spills and contamination of local rivers has continued. Unfortunately, in a country lacking requisite environmental quality standards, government has historically failed to address the problem.

“The government is to blame because it has permitted this,” Rep. Marisol Perez Tello told the media.

For the first time, environmental quality standards were set for contaminants in Peruvian soil, published in the Peruvian TV news magazine Panorama on Monday. The country has also lacked an environment ministry until 2008.

Although former president Alan Garcia opened up the Amazon to mining and oil exploration, current President Ollanta Humala has come under immense pressure to reverse some of the damage.