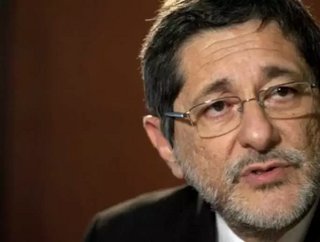 Brazils economy has remained relatively stable amidst a worldwide recession, and the main driver has been the discovery of plentiful offshore oil and...

Brazil’s economy has remained relatively stable amidst a worldwide recession, and the main driver has been the discovery of plentiful offshore oil and gas reserves.  The country’s state-owned oil giant Petrobras has spearheaded offshore exploration and production in Brazil, and the company’s CEO Jose Sergio Gabrielli is bullish on Brazil’s oil output.

Brazil’s oil production has place the country “at the same slope of production as in the first 10 years of the North Sea,” claims Gabrielli.  He adds that Petrobras is growing faster than “Exxon, Shell, Saudi Aramco, Gazprom… you name it!”  Gabriellie eyes the title of world’s top producer by 2020, however, he recognizes that will depend “on the speed of the others.”

North Sea production by both the U.K. and Norway reached peak production in 1999 of 6 million barrels per day (bpd).  By comparison, Petrobras has thus far discovered 15 billion barrels of proven reserves in pre-salt seabed layers off the coasts of Brazil.  It is estimated that the region could contain as much as 50 billion barrels of oil.  Petrobras is forecasting daily production of 6.42 million bpd of oil equivalent (which includes natural gas) by 2020, slightly more than the North Sea at its peak.

Petrobras expects to round out 2011 with an average production of 2.77 million barrels of oil equivalent per day.  The company plans to invest $224.7 billion between 2011 and 2015, with 57 percent going to exploration and production.  With a break even price of $45 a barrel, and world market price for crude still hovering above $100 a barrel, Petrobras is ideally positioned to take the lead in global production from a profits perspective as well.