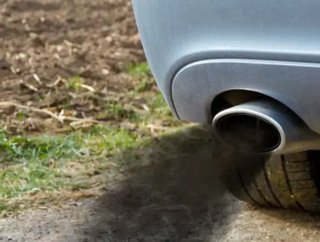 [email protected] The March issue of Energy Digital magazine is live Phillips 66 recently agreed to retire over 21 billion sulfur credits that could...

Phillips 66 recently agreed to retire over 21 billion sulfur credits that could have been used in the production of gasoline, which could potentially lead to significantly less pollution from vehicles. The U.S. Environmental Protection Agency announced that the Houston, Texas-based company will also pay a $500,000 penalty for violations of the Clean Air Act.

In a recent administrative settlement agreement, the EPA alleged that the company generated invalid sulfur credits between 2006 and 2012.

The EPA also alleged that the company failed to comply with recordkeeping, reporting, sampling, and testing requirements at the Sweeny Refinery in Old Ocean, Texas, the Alliance Refinery in Belle Chasse, La., the Wood River Refinery in Roxana, Ill., the Lake Charles Refinery in Westlake, La., the Borger Refinery in Borger, Texas, and several terminals across the country. EPA discovered these violations during facility inspections and through a review of company records, which included the results of third-party company audits required by the Clean Air Act.

The EPA’s fuel regulations require that all fuel produced, imported and sold in the United States must meet certain standards. Fuel that does not meet the applicable standards could lead to an increase in emissions of harmful pollutants, such as volatile organic compounds and cancer-causing air toxics.

The goal of the Clean Air Act program that regulates sulfur in gasoline is to minimize emissions from vehicles and to ensure emissions control systems function effectively. Under this program, refiners can generate credits by producing gasoline that contains less sulfur than the applicable standard, and can sell those credits to other refiners that may be unable to meet the standard.