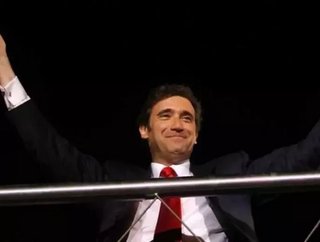 Portugal is looking to privatize its energy sector, planning to sell its state-owned electricity, gas and oil companies to private entities by mid-Nove...

Portugal is looking to privatize its energy sector, planning to sell its state-owned electricity, gas and oil companies to private entities by mid-November.  The move comes as an attempt by Portugal to free itself of aid from the European Union and International Monetary Fund.

Portugal Prime Minister Pedro Passos Coelho announced the decision and hopes the sales will be completed by the end of next year.  He believes the sales will raise upward of 7 billion euros.

The country also plans to meet its targets of reducing its budget deficit to 5.9 percent of gross domestic product this year.  Coelho believes the country could be in surplus before interest charges hit in 2012.

Portugal, like other European Union member nations, is concerned about the Union’s economic decline.  “If Greece sinks, all of the European Union will be in danger,” says Coelho.  'The middle classes will have to make important sacrifices,' he says, describing that as 'the price to pay for a country which has overspent for a long time.'

What’s unfortunate is that it is not the middle class that makes the spending decisions that get countries like Portugal into debt, it is the wealthy ruling elite that do.  So why, then, should the middle class be expected to make sacrifices?  Why not the wealthy?  After all, the wealthy not only make the policies that end up bankrupting nations, but also control the bulk of the wealth.  In Portugal’s case, the companies that were built up through state-directed funds (a.k.a. the citizens’ tax dollars) will now be sold to wealthy international companies.  However, the primary shareholders in those state-owned enterprises, the people of Portugal, are essentially duped out of their investment.  Just another power grab orchestrated beautifully by the financial powers at be.