Refinery in Scotland to re-open 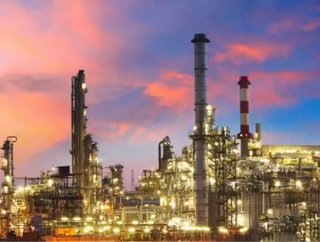 The Grangemouth refinery in Scotland is losing the &lsquo;last link to its previous life, as a major deal was struck between national labor union Unite...

The Grangemouth refinery in Scotland is losing the ‘last link’ to its previous life, as a major deal was struck between national labor union Unite, the Scottish government and Petroineos, operator of the Grangemouth refinery and petrochemical plant, allowing the 210 mbd (thousand barrels per day) facility to re-open, says an analyst with research and consulting firm GlobalData.

According to Jeffrey Kerr, GlobalData’s managing analyst covering Downstream Oil & Gas, this favored outcome seemed like anything but a done deal even as late as Oct. 23, as the Scottish government actively sought a buyer for the Grangemouth refinery and petrochemical plant to take over from Switzerland-based Ineos and its minority partner Petrochina.

“The union and its membership had authorized a general strike a few weeks ago as Ineos, which owns 100 percent of the petrochemical plant and 50.1 percent of the refinery, took steps to mothball the plant and reduce refinery operations,” Kerr says. “Citing high operating expenses due to fuel and feedstock costs, Ineos was seeking cost reductions from its workforce or else threatening to shut the whole works down altogether.

“The Scottish government needed the refinery to open again as it prepares for next year’s referendum on leaving the United Kingdom,” Kerr says. “The current deal therefore provides a solution to restarting the facility and keeping the entire complex open for at least three years, allowing the referendum to proceed without significant job reduction.”

Ineos and Petrochina have now pledged to build a liquefied natural gas (LNG) regasification plant at the refinery, which will be able to accept shipments of relatively inexpensive natural gas from the U.S., in response to the large-scale increase in hydraulic fracturing use in the country.

“The Grangemouth refinery has experienced a disadvantage due to its reliance on North Sea-produced natural gas and residual fuel oil for its power, both of which are relatively expensive,” Kerr says. “Furthermore, its primary feedstock is Forties crude oil. Long considered a major benefit for Grangemouth, the direct line into the Forties platform is proving to be more of a hindrance of late, since the crude oil itself has become part of the world’s international pricing benchmark.”

It is now planned that British Petroleum (BP) will shortly inaugurate a new steam pipeline connected to a neighboring Fortum-owned power plant. This will provide steam and power to operate the company’s Kinnell oil storage terminal and Forties processing and treatment plant.

“BP owned the Grangemouth refinery up until 2006, and its central selling point was its proximity to the Forties system. Now, this last link is being severed as the refinery gets a whole new labor contract and lease on life,” Kerr says.