Reshaping the NDT industry from within

No fancy slogans or big marketing strategies are necessary here: The difference between Applus RTD and its competition is the company’s innovation and technical excellence. With a platform based on radiography, ultrasonic and imaging technology, Applus RTD has in-house state-of-the-art capabilities to develop and build/produce its own equipment.

Because of this, Applus RTD, the global leader in Non-Destructive Testing (NDT) and inspection services, can tailor its equipment to high-end niche markets in both the pipeline and LNG tank construction industries.

“We develop the technology, and we build the mechanics around it,” said Herman Quakkelsteijn, Asia-Pacific Manager of Major Construction Projects. “That’s what differentiates us. It’s our own product.

“Most of our competitors buy off-the-shelf AUT equipment or RT equipment. They’re supplied by the likes of the known industry giants and offer services with their backup support. At Applus RTD, we have our own technical experts and R&D people. If we need a quick adaptation for a new project, we do it in-house. We can be quite flexible in adapting to what the client requires.”

Ahead of the competition

Rather than using static methods that only allow for single still images or “X-rays” taken of the inside of LNG tanks, Applus RTD has a dynamic methodology which takes images as it moves along the weld.

This real-time digital radiography — known as Rayscan — allows Applus RTD to work up to 30 times faster than its competitors. “Rayscan is a technology we’ve developed in-house,” said Quakkelsteijn. “We developed a technology where rather than using a film and holding it steady, we can scan it in one inspection.”

Applus RTD initially launched this technology last year for an LNG tank construction project in the Asia-Pacific nation of Brunei. Now, Applus RTD brings the technology to Australia for the first time in the country’s history by winning a contract from  on the Ichthys LNG Project’s onshore facilities.

The inside of an average LNG tank is up to 90-100 metres in diameter. On average, companies have to inspect about 340 metres to do one horizontal weld, according to Quakkelsteijn. With each radiographic film being only 40 centimetres, it would take 1200-1300 shots on one weld to fully inspect it

Using Rayscan, Applus RTD can complete this inspection in a couple of days. Using conventional radiography, this same task would normally take 2-4 weeks.

“Rayscan is a dynamic methodology of applying radiography,” said Quakkelsteijn. “It’s unique and it’s patented. No one else has that technology.”

IWEX is a new imaging-based technology that provides a 3D image of the weld to see the defects in the rod’s orientation or sizing. Quakkelsteijn said that while Applus RTD has already used the technology to do some parallel testing on some pipe line projects, it is in the process of being introduced commercially to the industry.

According to Quakkelseijn, it is only a matter of time before the technology is adopted as a standard. “IWEX is going to be the next AUT state-of the-art system that the industry will adapt to,” said Quakkelsteijn.

Applus RTD will handle most of the construction NDT for the Ichthys LNG Project, which has an expected 40-year life cycle, with a combination of 50 new and existing staff members working during the project peak.

The radioactive source used for conventional radiography raises several safety concerns, and has safety boundaries up to 45 metres. But Applus RTD’ Rayscan technology only requires a safety radius of a mere five metres, which allows multiple workforces in the tank at the same time.

“That’s a massive safety improvement, and also has a massive operational benefit to the client,” said Quakkelsteijn. “We can work during the day shift, where traditionally, they would close an entire tank for the night shift to allow exclusive access for NDT companies to do their work. We don’t need that. We can do it during the day.”

With all the new technology and innovation generated by Applus RTD, having competent, reliable employees is critical to the company’s success. Because of this, Applus RTD has its own in-house training department, where employees learn not only the technique and applications, but also the theory behind the system and its associated procedures.

“Everything stands or falls with the competence and experience of the people who execute the inspections,” said Quakkelsteijn. “If you don’t inspect in accordance with the specifications and the codes, you fail in the eyes of the client, regardless of how good the equipment is.”

Applus RTD works directly with the contractors instead to working for the asset owners, which puts it under a different spotlight within the industry.

“We still have very strong relationships with the technical experts within the asset owner groups,” said Quakkelsteijn. “We target them with information because they ultimately will drive the new technology and specifications. That allows us to put pressure on to accept those new technologies as well.”

Applus RTD promotes its technologies to pipeline contractors and LNG tank construction companies, before going through a qualification process to prove the reliability and accuracy of the system. A good example is the work Applus RTD has done in Brunei as well as in Darwin, which allows a construction company to build an LNG tank in less time. 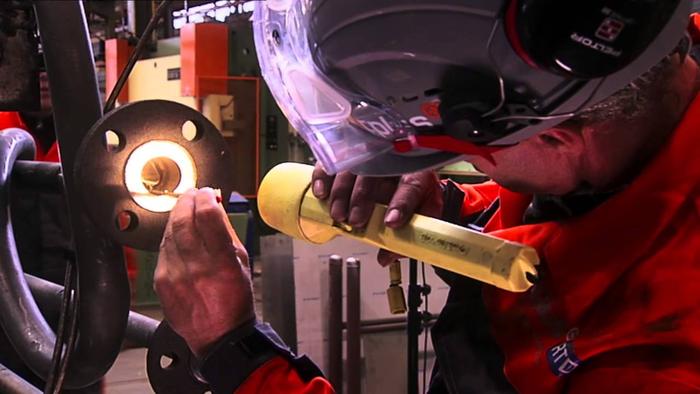 “That’s a significant saving,” said Quakkelsteijn. “For those weeks, a lot of the workforce assigned to that tank is not required. That’s where we see the advantages of continuing to develop new technology, because it keeps us in a very comfortable position.”

With the construction boom beginning to come to an end, several Australian companies are looking toward Asia and attempting to expand into maintenance services. Applus RTD is no different, as it’s currently doing feasibility studies on its Rayscan technology to inspect heavy wall plates in the Asian market.

Once again, Applus RTD has the edge on the competition. “Our Rayscan technology can actually penetrate that wall thickness,” said Quakkelsteijn. “If you take a vertical weld of one LNG plate, each plate is about 12x4 metres. A vertical weld of four metres would take roughly 16 hours to inspect with conventional radiography. We can inspect that in one and half hours. That’s the kind of significant improvement on operational performance. It’s an example of what our technology can offer.” 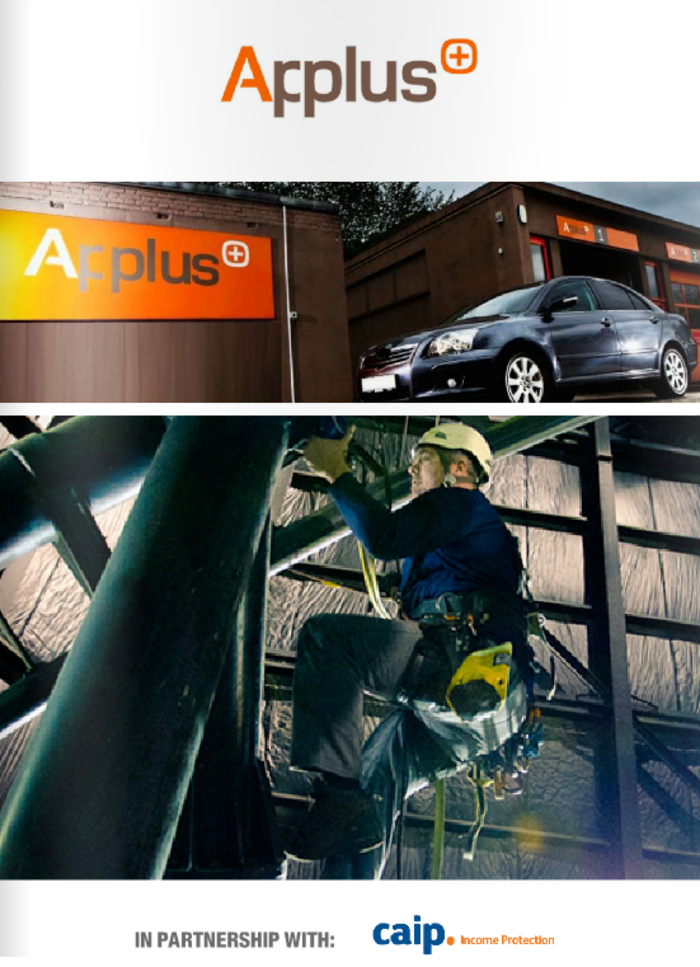 In April 2017, the UK’s water retail market in the world opened for business – the single biggest change to the water sector since privatisation. This development allowed businesses, charities and public sector organisations to shop around for the best deal.
However, like any industry, this change hasn’t been without its sticking points; here, Paul Williams, CTO at Everflow Tech (pictured far right), discusses how retailers can harness technology to their advantage

Our CEO, Josh Gill, set up independent retailer Everflow Water in 2015, and Everflow Tech is his response to the difficulties it faced.

Quotations could take up to a week to produce, billing software had to be manually updated and brokers were unable to manage the complete customer journey in one place – all of which took time, cost money and allowed for human error.

The more complexity that was involved in billing or quoting, the more contact end customers needed to have with their retailers, pushing up the cost to serve for every SPID. This meant retailers – ourselves included – found themselves in a situation where profits were simply eaten up by service costs.

We also note that it can traditionally be hard for retailers to stay on top of balancing what they are charging their customers with what they are being charged by the market. To further exacerbate this, the longer a change goes unnoticed, the more trouble it can be to balance the issue.

It was these issues that Josh and his (at the time) small team wanted to ameliorate, creating their own technology in the absence of anything else.

This technology evolved into our award-winning retail sales, billing and customer management platform for the water retail market, and Everflow Tech was launched as a standalone venture in 2018, selling the software externally for other water retailers and their customers to benefit from.

As a relatively new entrant to the world of utilities competition, the water market could be seen to be lagging behind, particularly when it comes to innovation.

In fact, as recently as 2019, Ofwat said it expected the industry to be making technological advances and to be working with a culture of innovation, collaborating with companies both within and outside of the sector.

And with cost-savings for consumers traditionally lower than for other utilities, retailers need to be offering something more – whether that’s better support, energy-efficiency advice or more accurate data.

What’s more, consumers have had a taste of the power of technology, and they’ve come to expect nothing less from retailers across the board.

Another key issue – thrown into sharp relief during the past 12 months (and counting) of a pandemic – is rising levels of arrears, which are likely to increase bad debt beyond margins that retailers originally allowed for when the market was created.

In such a low-margin industry, there is a limit to the amount of debt retailers can take on, especially as recovering costs can be a very slow process. Ofwat has signalled that this issue could be addressed as early as this year, with a mechanism for recovering bad debt to be established during 2021/22.

Retailers are able to design and put out their own bill and quotes, tailoring customer journey and overall experience – whatever the circumstances.

What does the future hold?

Automation is key to any industry; we’re heading into an age of driverless cars and smart homes, and this drive for tech will filter through to our industry, and we need to catch up.

The Internet of Things – a network of physical objects connected to each other – means human error (and effort) can effectively be removed from many everyday tasks, which goes for meter readings too. However, in the 21st century, the water market is still not leveraging previously emerged technology in the form of smart meters to provide accurate billing.

Consumers are also becoming more empowered, both to ask for information and change their preferences if they don’t like what they learn. Retailers need to be armed with this information, not next week, not tomorrow, but now – and, at Everflow Tech, we’re putting that information at their fingertips.

But the retailers themselves need to speak up too, and we will always work with them to get the best ideas on what needs to be developed and when.

Our strong bond with Everflow Water, along with other key customers, means we have a direct interest in making sure our systems serve the water market in the best way they can.

For us, the goal is to make sure retailers on our platform can grow as much as possible, leaving behind laborious daily processes to focus on their own strategic growth and, most importantly, helping their customers.