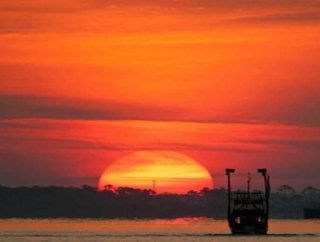 For the first time since BP&#39;s Deepwater Horizon explosion, leading to America&#39;s worst oil spill in history, the Gulf of Mexico has officially...

For the first time since BP's Deepwater Horizon explosion, leading to America's worst oil spill in history, the Gulf of Mexico has officially reopened its doors for business. In December's lease sale, the enormity of pent up demand since permits were halted over a year ago resulted in over $337 million in bids on 191 different tracts from 20 companies. Despite fierce opposition from environmental groups, the Obama administration remains true to the most critical energy strategies meant to boost economic recovery, lower fuel and energy prices and decrease oil imports. And considering that the Keystone XL pipeline may very well not happen along with the more recent events in Iran, which threaten to block the world's most important oil portal, where else would the US get its most crucial energy source?

While environmentalists fear a repeat of history, moving back into the Gulf without the proper safety procedures and technologies in place, the White House sees the sale as a major milestone in the area's recovery process.

December's lease sales, “the first since the tragic events of Deepwater Horizon, continues the Obama administration’s commitment to a balanced and comprehensive energy plan,” said Secretary of the Interior Ken Salazar, who attended the sale and provided opening remarks. “Offshore drilling will never be risk free, but over the last 19 months we have moved quickly and aggressively with the most significant oil and gas reforms in U.S. history to make it safer and more environmentally responsible. Today’s sale is another step in ensuring the safe and responsible development of the nation’s offshore energy resources.”

Not according to environmental groups like the Natural Resources Defense Council (NRDC) and oceans advocacy group Oceana, who are pushing forward with a lawsuit over the environmental impacts of the Gulf spill. Ocean Senior Campaign Director Jackie Savitz claims there is no new assessment of how a future spill will affect ecosystems or a baseline for how much they've already been damaged.

But according to Interior Secretary Ken Salazar, the new five-year program will make available for development more than three-quarters of undiscovered oil and gas resources estimated on the Outer Continental Shelf (OCS), including frontier areas such as the Arctic. In addition to the Gulf, offshore drilling in Alaska will recommence under the supervision of the Department of Interior and the Bureau of Ocean Energy Management, Regulation, and Enforcement (BOEMRE).

“The Best Place in the World to Drill”

Since the administration lifted the moratorium on drilling permits in the region, oil executives are racing to pursue what many are calling the world's best place to drill, where more deepwater rigs are expected to go into operation this year than were present before the BP spill.

"We are at the point where ... depth is not the primary issue anymore," Marvin Odum, head of Royal Dutch Shell's drilling unit in the Americas told the Associated Press. "I do not worry that there is something in the Gulf that we cannot develop ... if we can find it."

That's a frightening mindset, considering the challenges faced in deepwater drilling made clear from the BP disaster and, more recently, last month's spill from a Chevron deepwater well off the coast of Brazil. While the Gulf remains the most attractive solution for meeting current and future demands, both from oil companies and under the administration, it's not so clear whether the technologies and environmental regulations are up to par with the speed at which more deepwater operations are about to reoccur.