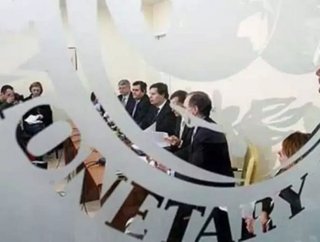 The International Monetary Fund (IMF)—the intergovernmental organization that oversees the global economic system—has been working to pull Romania out of a crippling economic slump. Now, after years of aid, Romania will shut down, restructure or privatize various state-owned energy and transportation companies.

In 2009, Romania’s economy contracted 7.1 percent and the nation sought a €20 billion ($29 billion) loan from the IMF, European Union (EU) and World Bank (WB). As is historically customary in accepting loans from these organizations, Romania is now subject to follow strict economic guidelines as to how the government runs its own country.

In 2010, some of the most stringent economic policies of all of Europe were put into effect in Romania. Public sector wages were cut by 25 percent and sales tax increased from 19 to 24 percent.

Now, the IMF and EU have approved an extra €5 billion ($7.25 billion) loan to Romania under the pretenses that the country open portions of its energy and transportation sectors to private investment.

The state will remain the main shareholder in cases of private investment says Romania’s IMF representative Mihai Tanasescu, “but, at the same time, these companies need investments. They need resources and capital to be able to boost their activity and to be more efficient.” Tanasescu notes that state-run companies will sell minority shares to private investors.

However, one should not assume that just because the IMF is willing to lend money that a nation is in the clear when it comes to its economic security. IMF activities—specifically, granting loans under the pretense of strict policy guidelines—has oftentimes had devastating effects. The IMF’s activity in Argentina for example left the country worse off than before, and similar activities in Venezuela would have crippled the country had Venezuela not been able to exploit its vast oil reserves and impose its own social protectionist policies.

Essentially, an IMF and World Bank-backed economic rescue inevitably involves privatization of state-run companies and resources, allowing international companies to come in and take root. While this may offer a quick fix, essentially the nation receiving the aid is handing over its sovereignty to a certain degree. This is truly ironic in times like these, since it’s the international banks and lending organizations that caused the economic crash in the first place. Unfortunately, it seems Romania may be out of options and will have to succumb to IMF guidelines. International investors should be excited by the prospect, but average Romanian citizens will bear the long-term consequences of privatization—whether they be positive or negative.