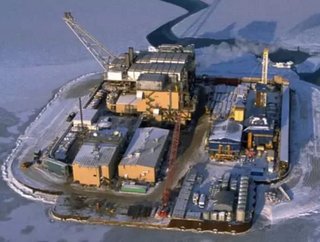 Written By: John Shimkus Russian oil firm Rosneft and British Petroleum (BP) have been working on a deal to explore Russian Arctic oil reserves in a jo...

Russian oil firm Rosneft and British Petroleum (BP) have been working on a deal to explore Russian Arctic oil reserves in a joint venture worth an estimated $7.8 billion. The deal would help bolster BP’s portfolio following the company’s decline in the wake of the Deepwater Horizon catastrophe in the Gulf of Mexico. However, shareholders in BP’s already existing Russian joint venture, TNK-BP, have expressed their condemnation of a deal with Rosneft.

TNK-BP has served as BP’s Russian arm since 2003, and shareholders want their rightful cut of BP’s Arctic interests. The joint venture between Rosneft and BP has been in the works for sometime now, and the deadline to complete the pact is set for Thursday, April 14, 2011. Unless BP can convince Rosneft to extend the deadline, then BP will lose the deal. This is especially difficult considering the dispute between BP and TNK-BP has already made its way to an arbitration court.

There is yet another option, though. Analysts believe that if BP pursued the joint venture through TNK-BP, then BP would take a sleight loss, but all shareholders would be satisfied.

BP may be able to pull off some kind of miracle and salvage the deal; however, representatives from Rosneft are already commenting that the company will likely seek another partner.

BP has seen an average drop of 29 percent in its share price since the Gulf of Mexico incident, and losing the Arctic deal will surely hurt the company further. Some estimate the Rosneft deal to potentially be worth more than its stake in TNK-BP, and it would not be out of the question for BP to either buy out the remaining shares of TNK-BP or sell its shares to pursue the Rosneft deal.