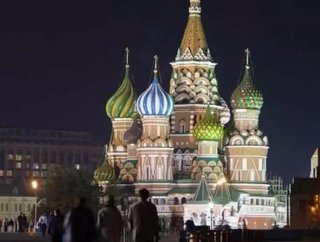 The International Energy Agency (IEA) serves as a worldwide organization ensuring oil and energy security to its member nations. The IEA was developed...

The International Energy Agency (IEA) serves as a worldwide organization ensuring oil and energy security to its member nations.  The IEA was developed in response to the OPEC oil crisis in the 1970s, to help member nations coordinate energy supply in case such a major market fluctuation ever occurs again.  The organization is now looking to initiate Russia into its energy regime, setting aside the dissolved Cold War era issues that barred the nation from entering in the 1970s.  Other nations are also being considered for new membership.

In a statement made in the Observer Weekly, IEA Executive Director Nobuo Tanaka said, "We all really have a common interest. You cannot take oil in isolation from gas security, energy efficiency and electricity from renewables.  The issues of energy security and climate change need to be tackled collectively and we think Russia and other key producers can learn a lot from (the IEA's) experience."

Russia has been viewed by the IEA as a “key non-member” for years along with India and China.  However, Tanaka claims that Russia’s admittance to the IEA as a full-member would be a positive addition.

Russian Deputy Prime Minister Igor Sechin has indicated that he may attend the next ministerial meeting of the IEA in October.

Tanaka added, "I don't know when (it) will happen. It can't be done in a day, and may take years, but Russia can benefit from our knowledge."

Tanaka has also been in talks with Saudi Arabia and other Middle Eastern oil producing nations.  The IEA expressed its disappointment in the indecision by OPEC to raise supply levels in recent weeks amidst the global crude price shock.  Perhaps the invitation into the global organization is the IEA’s move to transfer power from the OPEC oil cartel.  Saudi Arabia was among the nations who raised crude supply despite OPEC’s inaction, and the IEA may be recruiting internationally aligned OPEC members for its own energy conglomerate.