Russia to Trade Oil for Loans from China 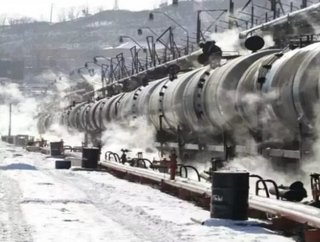 Following an oil deal earlier this week that made China Canada&#39;s largest energy investor, Beijing is about to become the largest consumer of Russi...

Following an oil deal earlier this week that made China Canada's largest energy investor, Beijing is about to become the largest consumer of Russian, Reuters reports.

Sources told the news agency that Rosneft was in talks with China's state-owned CNPC about borrowing some $25-$30 billion in exchange for oil, doubling supplies to China and further diverting supplies away from Europe. Reluctant neighboring markets and the European Union have cut oil and gas supplies from Russia multiple times, encouraging President Vladimir Putin to divert more energy to Asian markets.

The loan would help the company close a $55 billion acquisition of rival TNK-BP, becoming the world's largest listed oil producer.

In a previous deal, Rosneft and Russian pipeline Transneft borrowed money in exchange to build a pipeline to supply China with 300,000 barrels per day for 15 years. The deal helped Rosneft acquire assets of nationalized oil producer YUKOS.

Should the deal go through, Russian exports to Asia will amount to over one fifth of overall exports. No official announcements have been made.