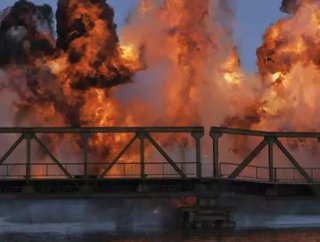 By: Sudhin Thanawala (ap) In an amended brief filed in the pipeline case, the commission&#39;s safety division cited the eight people killed and 3...

In an amended brief filed in the pipeline case, the commission's safety division cited the eight people killed and 38 homes destroyed in the blast in the San Francisco Bay Area suburb of San Bruno and said there were steps PG&E could have taken to prevent the underground explosion.

"The tragedy in San Bruno, which was directly caused by PG&E's unreasonable conduct and neglect for decades, was the worst disaster in the history of California electric and/or gas utilities," the safety division said in its filing.

Regulators had originally called for a $2.25 billion penalty against PG&E, though it would consist entirely of funds the utility has spent or promised to spend on pipeline system improvements ordered by the commission.

The lead PUC attorneys probing the blast abruptly quit the investigation after the penalty was announced, with one, Robert Cagan, calling it "unlawful" in an email sent to radio station KQED.

Under the amended brief, $300 million of the $2.25 billion would go into the state's general fund in the form of a fine. Additionally, PG&E shareholders, not ratepayers, would be on the hook for a significant share of the costs to fix the pipeline system, said Tom Long, the legal director of The Utility Reform Network, a utility watchdog group.

"What the safety division announced today is finally a real penalty," Long said. "It will actually require PG&E shareholders to pay real money."

Tom Bottorff, PG&E's senior vice president for regulatory affairs, characterized the revised penalty as overly punitive and said it would backfire by making it difficult for the utility to raise "the capital necessary to maintain the extraordinary investment in safety currently under way, or raise billions of dollars more for safety improvements mandated by the CPUC."

"In its zeal to punish PG&E, the staff of the California Public Utilities Commission has lost sight of our important shared goal of making PG&E's natural gas operation the safest in the country as quickly as we possibly can," Bottorff said in a statement.

The National Transportation Safety Board unanimously agreed in 2011 that the pipeline blast was caused by what board chairman Deborah Hersman called a "litany of failures" by PG&E, as well as weak oversight by regulators.

Investigators at the utilities commission blamed PG&E for the explosion, which occurred when an underground pipeline ruptured at the site of a decades-old faulty weld, sparking a massive fire.

PG&E has accepted liability for the disaster in numerous public statements but has denied most of state investigators' allegations that the utility violated safety rules.

The penalty recommended Tuesday still must be reviewed by an administrative law judge and the five-member commission itself, both of which can offer amendments or counter-proposals before a final vote.