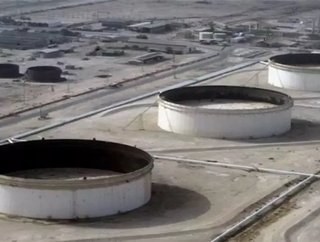 Iran&#39;s oil output has reached its lowest level in 20 years, according to independent data released today, signalling that economic sanctions on th...

Iran's oil output has reached its lowest level in 20 years, according to independent data released today, signalling that economic sanctions on the country are working. Typically, oil and gas accounts for more than half of Iran's export revenue.

The West has deepened sanctions against the country in reaction to its nuclear program, which Iran denies has any military aims. The European Union's ban on imports of Iranian oil has led to a 14 percent decline in the country's exports in March. The US has been pressuring others like Japan, China and India to follow suit, although the extent to which those countries need to ban Iranian crude is not clear. Japan's Ministry of Economy released data Thursday, revealing that the country imported 36 percent less oil from Iran in March than in the previous year. China's were cut by over half.

However, state-owned National Iranian Oil Co. denies any drop in exports form Japan or China, Iran's two biggest customers, maintaining that the sanctions have had little effect. Mohsen Qamsari, international affairs director of the company, disputed official data from the Chinese government and reports from Japan regarding the cuts in Iranian crude. Qamsari even claims that exports to China have increased, he says on the oil ministry's official SHANA news website.

Despite Qamsari's claims that trade relations haven't changed with Japan, either, the Nikkei business daily has said that Iranian oil imports could have fallen as much as 80 percent in April.

In a Washington news conference on Monday with visiting Japanese Prime Minister Yoshihiko Noda, President Barack Obama said, “The regime in Tehran is now feeling the economic screws tighten, and one of the reasons is that countries like Japan made the decision to reduce oil imports from Iran."