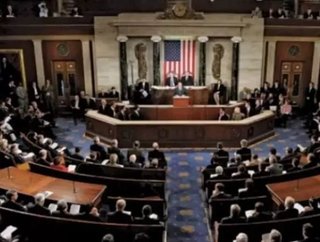 The U.S. offshore oil and gas industry almost had a victory in a congressional bill that would have expedited exploration and drilling permits in U.S...

The U.S. offshore oil and gas industry almost had a victory in a congressional bill that would have expedited exploration and drilling permits in U.S. offshore plays, particularly in the Gulf of Mexico. The moratorium instated in the Gulf following the BP spill crippled not only oil and gas producers, but the several support businesses that serve as integral components in the oil and gas supply chain.  However, the U.S. House of Representatives bill to expedite production in the region was not approved by the U.S. Senate.

The permit would have sped up the permit process for offshore licenses following the recently lifted moratorium.  It would have also promoted the sale of canceled leases to bidding parties.

The Senate verdict was ultimately 42 to 57—18 shy of the 60-votes necessary to approve the bill for further inquiry.  While it was the Senate’s Democratic majority that ultimately saw the demise of the bill, five Republican party members crossed party lines to vote the bill down.

While congressional Republicans feel the bill would have helped reduce prices at the pump, Democrats believe that boosting domestic production will in the longrun have little impact on bringing down gasoline rates.  Democrats also cite safety and environmental concerns as reasons for not approving the bill.

Louisiana’s Republican Senator David Vitter believes the bill didn’t go far enough to expand drilling into the eastern Gulf of Mexico near Florida and the Pacific coast, stating “[It] increases the burdens and requirements and hurdles of even the new Obama regulations that have been put in place since the BP disaster."  Vitter, along with Louisiana Senator Mary Landrieu (Democrat) both argue that the bill wouldn’t direct royalties from offshore drilling to those states where the drilling occurs.

Since June 2010, the Department of the Interior has issued 53 shallow-water permits, after new safety standards were imposed.  14 deep water permits have been approved since February 2011.