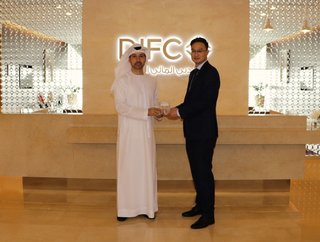 Largest utility company in the world, State Grid Corporation of China, aims to expand its presence in the MENA region via newly established entity in DIFC

State Grid Corporation of China (SGCC), the largest utility company in the world, has said that it has expanded its presence in the Middle East region through the setting up an office in Dubai International Financial Centre (DIFC).

China and the UAE support the energy transition

This is the first office the Chinese state-owned electric utilities corporation has set up in the UAE, a statement said. The newly established entity will support the region in advancing its energy transition with a focus on electricity transmission and distribution with investment, construction, and operation of power grids as its core business.

"Establishing our presence in DIFC marks a very important milestone for us to expand our presence in the Middle East market, especially in the Gulf Cooperation Council countries, such as the UAE and Saudi Arabia, which are in key stages of the energy transition," said Chengzhong Liang, Chief Representative of SGCC Middle East Representative Office.

"Renewables are increasingly playing a significant role in the energy mix, and governments in the region have reiterated their commitment to decarbonisation. New and advanced renewable technologies are welcomed and widely utilised in innovative projects today. We, at SGCC, believe we are in a unique position to contribute to the regional energy transition and capacity-building efforts, particularly in the field of electricity transmission and distribution, and we are keen to work closely with local authorities and companies for a more sustainable future."

Energy and the green economy

The establishment of the office in DIFC is due to the long-standing relationship and shared strategic vision between the two companies to cooperate in energy, technology, the green economy and the digital economy, the company explained.

Arif Amiri, CEO of DIFC Authority, said: "The DIFC continues to attract companies from across the world who can contribute to our future economic growth, including China’s State Grid who have now established their presence in the centre. Through the UAE Net Zero by 2050 Strategic Initiative, the country is investing heavily in renewable energy to safeguard the future for generations to come. China’s State Grid, the world’s largest utility company, is in a strong position to support the country and the wider region to realise these ambitions."

SGCC has successfully invested in utilities in Oman as well as internationally in Italy, Portugal, Greece and the Philippines, in addition to operating backbone energy networks in Brazil, Australia and Chile, the statement highlighted. The company’s total overseas investments amount to US$23.2bn and its overseas equity capital is approximately US$65bn, it added.

Guangyao Zhou, Secretary-General of the Chinese Business Council in the UAE, added: "Congratulations to the SGCC for its successful establishment in the UAE. As one of the biggest energy companies in China and around the world, the SGCC has a strong record of investing in the Gulf region and internationally. We sincerely hope that the SGCC, together with other Chinese companies in the UAE, will contribute more to the strengthening of economic ties between China and the UAE."

In 2022, SGCC was ranked the third largest company in terms of revenue on the Fortune Global 500, after Walmart and Amazon. The SGCC has the same credit rating as China’s sovereign rating (Standard & Poor's A+, Moody's A1, and Fitch A+).