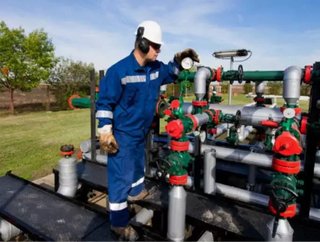 The development of shale gas in Europe could add as many as one million jobs to the economy, make industry more competitive and decrease the regions de...

The development of shale gas in Europe could add as many as one million jobs to the economy, make industry more competitive and decrease the region’s dependence on energy imports, according to a new study.

The research, commissioned by OGP and carried out by the independent consultancies Poyry Management Consulting and Cambridge Econometrics, has quantified for the first time how much Europe’s economy could benefit from domestic shale gas production. Shale gas could add a total of 1.7 trillion to 3.8 trillion euros to the economy between 2020 and 2050.

“Europe is still in a period of difficult economic and social recovery. This new study shows that shale gas production could have significant economic benefits,” said Roland Festor, OGP’s EU affairs director. “While it may not be a game changer as in the United States, shale gas development in Europe could take full advantage of the lessons learned.”

“We cannot afford to forego such an opportunity; every cubic meter of gas produced from EU shale resources means one cubic meter less of imported gas. That would translate into more jobs, more disposable income, better security of supply and ultimately more prosperity,” Festor said. “We encourage policy makers to create the right conditions for exploration.”

The study modeled the impact of domestic shale gas development on the economy of the EU28, using three different scenarios, each with differing production levels.

According to the results, shale gas operations could trigger the creation of between 400,000 and 800,000 new jobs by 2035, and between 600,000 to 1.1 million by 2050. Many of these jobs would be in industries most affected by Europe’s crisis – and would be in net addition to any new jobs generated by other sectors, including the renewable energy industry.

Domestic production could reduce dependence on gas imports to between 62 percent and 78 percent, down from an otherwise predicted 89 percent of demand in 2035. The less Europe spends on energy imports, the more it can invest internally, stimulating national and local economies. Between 2020 and 2050, investment in the EU could increase by 191 billion euros, while tax revenues could increase by 1.2 trillion euros.

The full study is available at:  http://www.poyry.co.uk/news/poyry-study-investigates-macroeconomic-effects-european-shale-gas-production