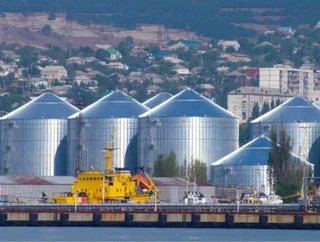 [email protected] The latest issue of Energy Digital magazine is live At the APPEA Conference in Perth today, oil and gas executives were discussing...

The latest issue of Energy Digital magazine is live

At the APPEA Conference in Perth today, oil and gas executives were discussing the inevitability of shale gas being a prominent force in the future Australian energy market.

Rob Cole, chairman of the Australian Petroleum Production and Exploration Association said that Australia's shale plays are still far from achieving such scale, but its forecast that 2014 will be the most active year for international shale drilling yet, as reported by UPI.

Australia is currently one of the major exporters of conventional liquefied natural gas, especially within the Asian market. By 2018, Australia will be producing some 85 million tonnes of LNG per year. But between 2018 and 2025, Asia’s demand for LNG will grow even further.

Wood Mackenzie forecasts that by 2025, the Pacific Basin alone will have 160 million tonnes of LNG demand that is not covered by existing or committed projects, which is why they predict Australia’s LNG industry could attract a further $180 billion in investment over the next 20 years.

Andrew Latham, vice president of exploration for energy consultant group Wood Mackenzie, said parts of the country may hold some of the more promising basins of unconventional gas in the world, according to the UPI report.

Australia also has the potential to exploit natural gas held in shale rocks in Western Australia, the Northern Territory and South Australia. And it is pleasing to see the governments in these jurisdictions recognize this potential and support their onshore industries, according to Cole.

Technological shifts have not just helped the oil and gas industry cut costs and become more competitive. They have also allowed the development of resources that were once considered unreachable or uneconomic, Cole said in his Chairman’s Address at the conference.

Deloitte Access Economics recently identified the gas industry as one of Australia’s top five growth sectors. According to Deloitte, the oil and gas industry will soon make up more than 3 percent of Australia's economy