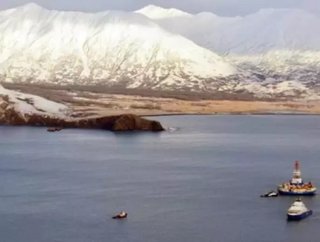 Following a series of costly, worrisome accidents in an effort to drill exploratory wells off the northern coast of Alaska, Royal Dutch Shell announce...

Following a series of costly, worrisome accidents in an effort to drill exploratory wells off the northern coast of Alaska, Royal Dutch Shell announced that it will abandon its efforts in the Arctic in 2013.

The company's two drill ships are being sent to Asia for repairs after suffering accidents in the Beaufort and Chukchi Seas—an effort that will delay Shell from returning to the Arctic anytime this year.

“Our decision to pause in 2013 will give us time to ensure the readiness of all our equipment and people,” said Marvin E. Odum, president of Shell Oil Company.

However, Shell is not abandoning its efforts completely. The company has invested over $4.5 billion in leases and equipment and spent many years lobbying in Washington to tap a new geographical source of domestic oil for the US.

Unfortunately, out of the ten or so wells Shell anticipated to drill in 2012, the company was only able to start two. Lacking adequate spill prevention and cleanup equipment, federal regulators barred the company from going any further. Coast Guard inspectors found numerous violations aboard Shell's Noble Discoverer, and have passed the matter over to federal prosecutors for investigation.

“This is not a surprise, as Shell has had numerous serious problems in getting to and from the Arctic, as well as problems operating in the Arctic,” said Lois N. Epstein, Arctic program director for the Wilderness Society and a member of the Interior Department panel reviewing Shell’s operations. “Shell’s managers have not been straight with the American public, and possibly even with its own investors, on how difficult its Arctic Ocean operations have been this past year.”

Despite environmentalists' lack of enthusiasm, many proponents are still optimistic about Shell's ability to proceed safely in the Arctic in the future.

“This pause — and it is only a pause in a multiyear drilling program that will ultimately provide great benefits both to the state of Alaska and the nation as a whole — is necessary for Shell to repair its ships and make the necessary updates to its exploration plans that will ensure a safe return to exploration soon,” Alaskan Senator Lisa Murkowski said in a statement.