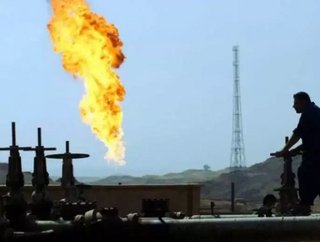 With Iraqs energy infrastructure crippled after a decade-long war, what choice does the struggling new democracy have but to turn to international corp...

With Iraq’s energy infrastructure crippled after a decade-long war, what choice does the struggling new democracy have but to turn to international corporations to come in and help exploit its own resources?  Iraq opened bidding this year for its vast hydrocarbon reserves, leaving some to wonder if all the speculation of a “war for oil” is actually coming to fruition.  But it’s not all oil making up Iraq’s energy reserves, and abundant natural gas supplies are also ripe for tapping.  Royal Dutch Shell and Mitsubishi have moved in to bid on Iraq’s natural gas plays, and a $12 billion deal has been finalized between the state and the two companies.

The nation of Iraq will hold a 51 percent stake in the newly formed Basra Gas Company—a joint venture in which Royal Dutch Shell will hold 44 percent, and Mitsubishi five percent.

The deal has reportedly been in the works since 2008; however, differences between the parties continually pushed back the agreement date.