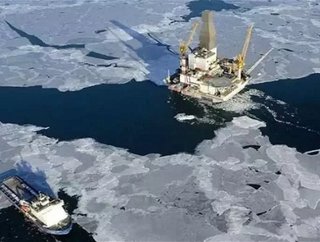 Shell&#39;s offshore drillers are at a standstill as the harsh Arctic winter closes in on exploratory operations. After an a spill containment dome wa...

Shell's offshore drillers are at a standstill as the harsh Arctic winter closes in on exploratory operations. After an a spill containment dome was damaged during a testing mishap, Shell announced it will delay drilling oil in Alaskan Arctic waters until next year.

“We are disappointed that the dome has not yet met our stringent acceptance standards,” Shell said in a statement. “We will not conduct any operations until we are satisfied that we are fully prepared to do it safely.”

The barge, a piece of Shell's oil spill response plan, has had electrical issues, which prevented it from passing Coast Guard fitness tests required before the company won final approval to drill in the Arctic.

Details of the dome accident are still somewhat unclear, according to Shell officials. Designed to gather spilled oil, the containment dome suffered a mechanical malfunction as it was being lowered into the water. The submarine robot that was used to repair the damage also got tangled in the dome's anchor lines on the way down.

Company officials say they will investigate what went wrong in the incident and determine how much damage the dome suffered in the operation. As the window for drilling comes to a close the third week in September (in order to protect marine life), Shell is requesting an extra couple weeks of drilling time from the Department of Interior.

Shell still hopes to drill several pilot holes 1,400 feet deep in Chukchi and Beaufort, which will eventually hold blowout preventers to control surges of oil and gas. After this year, those holes will be capped until next summer. The company is confident that it will drill up to 10 exploratory wells in the two seas next year in one of the great untapped frontiers for offshore drilling in the country.

“We look forward to the final receipt of our drilling permits for the multiyear exploration program upon the successful testing and deployment of the Arctic Containment System,” Shell said in its statement.