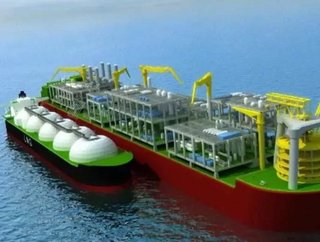 The natural gas industry is booming, but it&#39;s not just shale thats getting energy investors excited. Offshore natural gas reserves are massive, and...

The natural gas industry is booming, but it's not just shale that’s getting energy investors excited.  Offshore natural gas reserves are massive, and Australia in particular is gearing up to exploit such resources.  The only problem, however, is that offshore liquefied natural gas (LNG) production can prove difficult and costly, shying many energy companies away from large-scale ventures.  Royal Dutch Shell, however, has created a solution that will make offshore LNG production economical.

Shell has spent the last 15 years and $500 million on research and development to create its ‘Prelude’ Floating Liquefied Natural Gas (FLNG) terminal.  Once completed, the Prelude will be the world’s largest offshore facility.  The craft—essentially a gigantic ship with LNG storage capability—will be six times larger than the world’s largest aircraft carrier and weigh 600,000 tons.

Prelude is expected to begin service in 2016, moored 125 miles off the coast of northwestern Australia to exploit the major reserves held in the Browse Basin.  The basin is presumed to hold as much as 100,000 billion cubic feet of natural gas (equivalent to five times the average annual gas consumption of the U.S.).

Shell estimates that there is roughly 300,000 cubic feet of large recoverable offshore LNG reserves globally.  LNG demand is predicted to grow at a conservative rate of five percent per year, with other estimates looking at double-digit growth.